Pub chef wins £4m and goes back on shift 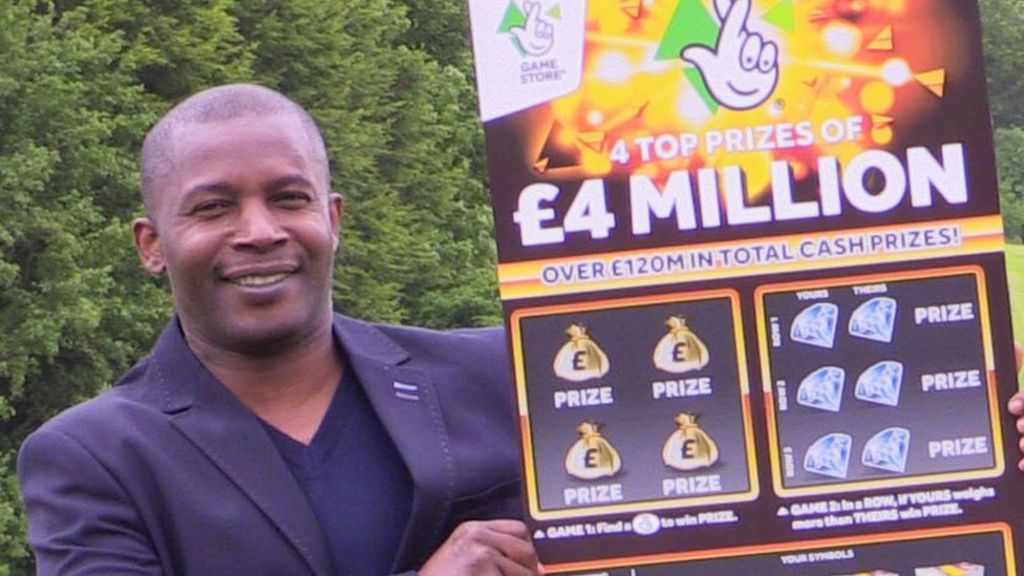 A pub worker who landed £4m on a lottery scratchcard went straight back to finish his shift in the kitchen and kept quiet about it.

Amadou Gillen, 46, bought two scratchcards during a break from work in Trowbridge, Wiltshire.

On the first card – scratched in the staff area – he won £10 and the second made him a millionaire.

The father-of-two, who works for Wetherspoon in the town, said he was “screaming and dancing inside”.

“I think my shift finished at 11.30pm or midnight, so it was almost four hours that I kept it quiet,” he added.

It was not until the following week that the kitchen manager told his daughters, aged 20 and 22.

Speaking during a National Lottery news conference, he said he had booked a trip to the Gambia – where he was born – to visit family and was looking to change his rented one-bedroom flat for a four-bedroom house.

He received the money on Tuesday and is now planning to complete his driving test and buy his first car.

“I have never started lessons. I have had my provisional driving licence since 2009 but I have never been able to afford to have a car or lessons,” he said.

“At the moment I just want to get a simple Peugeot and then I will get a BMW X6. I want to start an intensive course by next week.”

Mr Gillen has worked at the pub for five years following an apprenticeship with McDonald’s.

Iraq report to be published 6 July