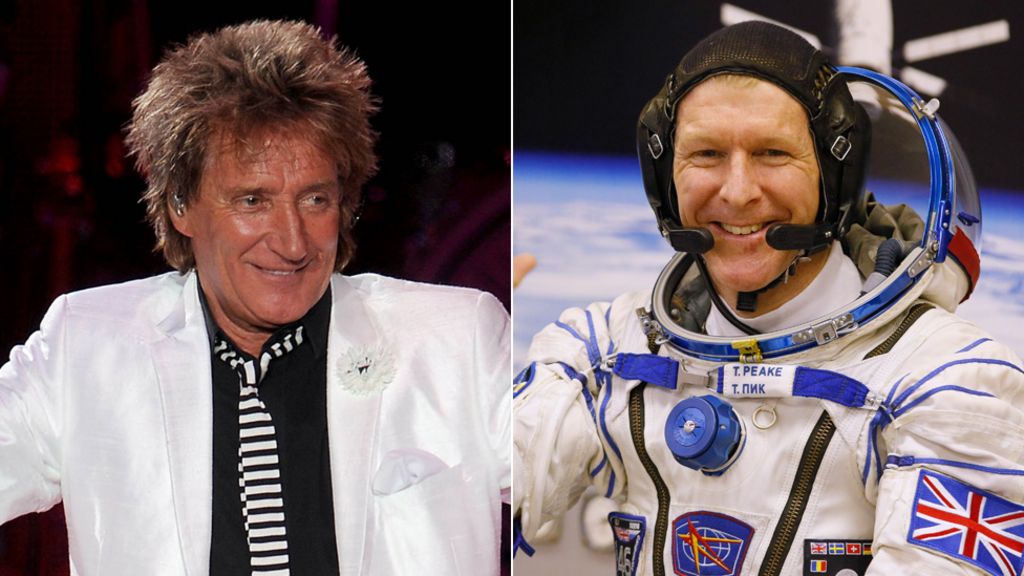 Singer Rod Stewart has been knighted in a Queen’s Birthday Honours list which also recognises the achievements of British astronaut Tim Peake.

Major Peake was on the International Space Station when he received the news he would become a Companion of the Order of St Michael and St George for services to space research and scientific education.

The knighthood for Sir Rod, whose own stellar career has seen him sell more than 100 million records over six decades, is for services to music and charity.

“Forces sweetheart” Dame Vera Lynn joins the elite Companions of Honour in recognition of her services to entertainment and charity.

And Downtown Abbey actress Penelope Wilton is made a dame for her services to drama.

The lists in full

The UK’s first official astronaut, Major Peake is due to return to earth this month after a six-month mission and said he was “honoured to receive the first appointment to the Most Distinguished Order of St Michael and St George for extraordinary service beyond our planet”.

The honour is usually given for “serving the UK abroad”.

Stewart, 71 – now officially Sir Roderick – said: “I’ve led a wonderful life and have had a tremendous career thanks to the generous support of the great British public. This monumental honour has topped it off and I couldn’t ask for anything more.”

Of the 1,149 people recognised on the list, 70% are being honoured for work in their communities, either in a voluntary or paid capacity.

Vulcan bomber was 'force for peace'

England on verge of Ashes victory