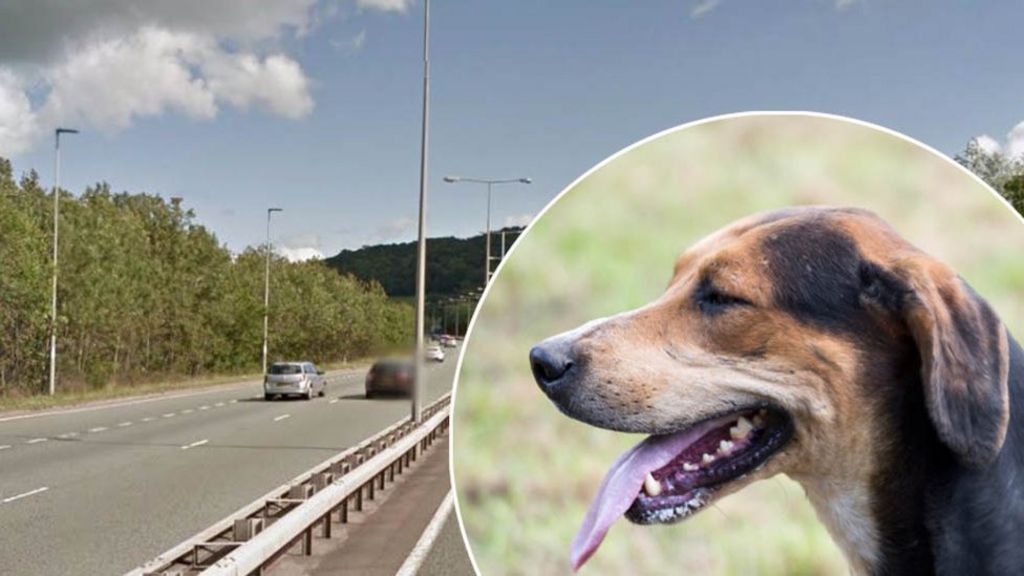 A police commissioner is seeking answers after a dog was deliberately run down and killed by officers while running loose on the A55 in Conwy.

North Wales Police said the foxhound could not be brought under control and the “only safe option” was to destroy it in the early hours of Monday.

It has caused a storm on social media with more than 11,000 comments posted on the force’s Facebook page.

North Wales PCC Winston Roddick is looking into the incident.

Traffic police drove at the dog on the dual carriageway between Llanfairfechan roundabout and the Conwy tunnel.

Mr Roddick said: “These were highly unusual circumstances and it was a difficult judgement to make, especially as I understand both officers concerned are dog owners themselves.

“I will be raising the matter with the force and I will be asking a number of questions because it is important to ensure the matter is looked into fully.”

It is not yet clear who owned the dog but two local hunt groups said it did not belong to them.

Ch Insp Darren Wareing, of the roads policing unit, said police had not taken the decision lightly and it came after an officer was bitten while trying to bring the dog under control.

One car and a HGV had to swerve to avoid the dog running towards traffic, he said.

He said the “potential for a serious collision was present throughout” and there was “no alternative way” for them to minimise risks to motorists.

“The only safe option was to run the dog over at sufficient speed to ensure that it was destroyed and would not suffer. Other methods of destruction were considered, but were ruled out on the grounds of public safety,” he added.

“Both officers have their own dogs and did not take this decision lightly. Due to the …read more

Plea for help over Calais crisis