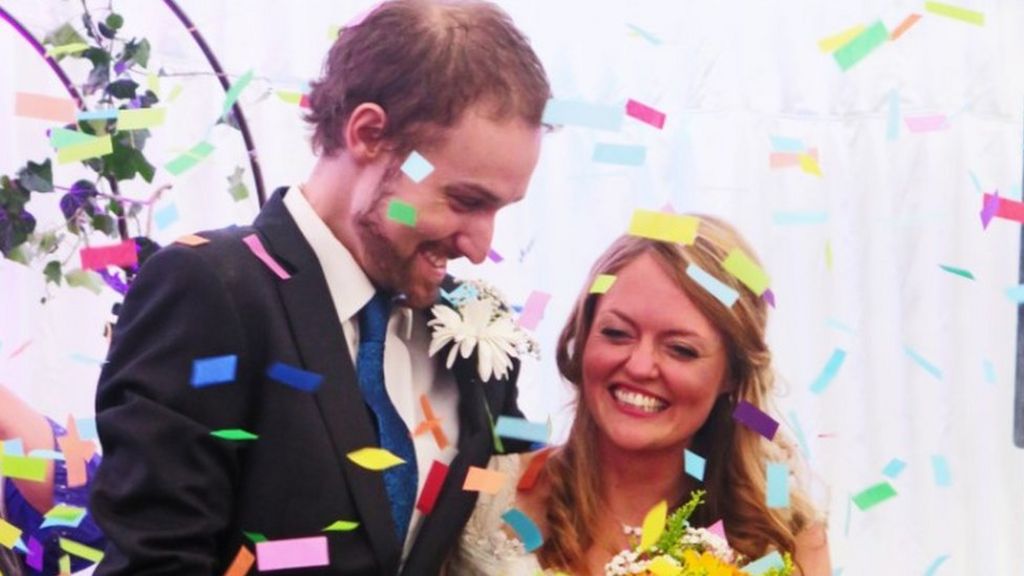 A campaign to save the life of a man with a rare type of leukaemia has just days to raise £400,000 to send him to the USA for treatment.

Mike and Kate Brandon, from Bristol, said his consultant had advised them that “all NHS routes were exhausted”.

“I left and thought you have to try or give up and I wasn’t ready to give up,” said 33-year-old Mrs Brandon.

A “revolutionary new cancer treatment” trial at the University of Pennsylvania starts on Tuesday.

“I have no doubt in my mind that we will raise it. We have the love of the world behind us and I know we will make it.”

It is the second time the Brandons have had to appeal to the public for help.

Two years ago a social media campaign found a donor for his acute lymphoblastic leukaemia.

Mr Brandon, 31, was diagnosed in January 2014. His then fiancee, Kate Robertson, launched a successful campaign to find him a matching donor after he had been told by doctors, in May 2014, he needed to find a donor within 60 days.

The couple married in June 2015, but in February Mrs Brandon said “Mike began to get sick again” and they were told by his consultant there was “little he could do” to save him.

She set up the #donate4Mike campaign last week to raise funds to cover medical care costs for a “revolutionary new cancer treatment being trialled in USA” – known as CAR T-cell therapy.

Mrs Brandon said watching the money mount up was “incredible”, with funds currently standing at more than £264,000.

The treatment would be carried out at …read more