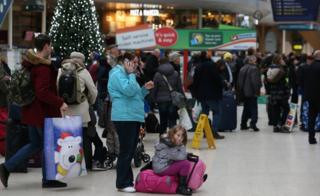 Train companies are making it too difficult for delayed rail passengers to receive compensation, consumer group Which? has claimed.

It is making a so-called super-complaint to the railway regulator, the Office of Rail and Road (ORR).

Which? said that as many as 47 million journeys a year end in cancellation or delay, and it should be easier for passengers to get their money back.

The ORR said it was already working to improve the situation.

Under the super-complaint rules, the ORR now has 90 days to respond and to announce whether it will take action.

“Millions of passengers are left out of pocket each year, so train companies must do more to put their passengers first and make rail refunds easier,” …read more

Avon to move headquarters to UK