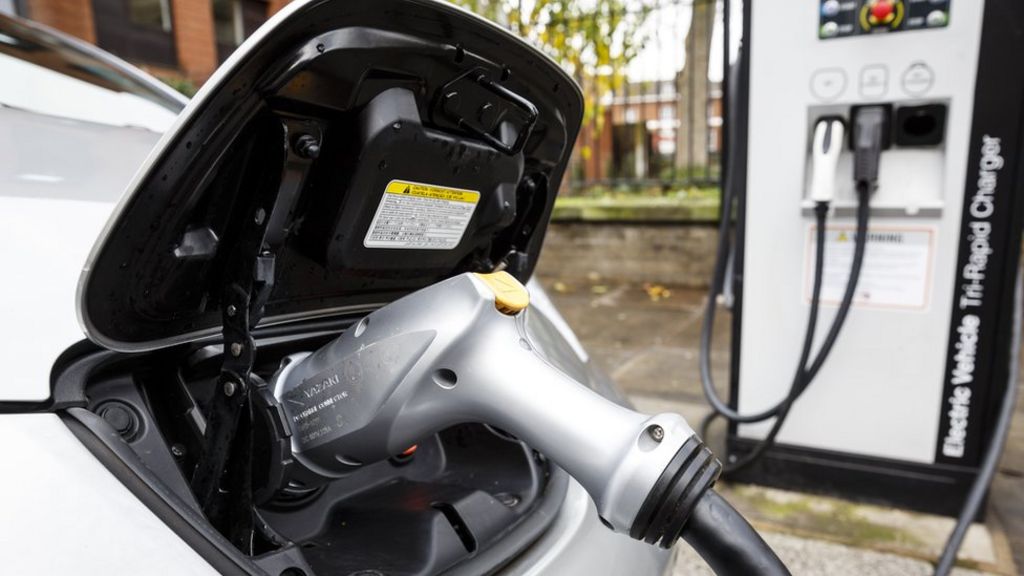 Wide variations remain in the average distance between electric car charge points, with some drivers facing distances of up to 47 miles (76km).

North Devon has the longest average distances between public charging points, according to Department for Transport statistics.

The RAC said there was “some way to go” before users would be cured of “range anxiety”.

The average distance between charging points in England was 3.8 miles (6km).

It compares with an average distance between petrol and diesel filling stations of one mile.

The RAC says the furthest distance between petrol stations in the UK is 19 miles, for drivers in Applecross, West Scotland.

However, electric car drivers in Southwark, London, will find a public charging point every 97m (106 yds). There are parts of Manchester and Newcastle-upon-Tyne where the average distance to a charge point is only 193m (211 yds).

According to the Society of Motor Manufacturers and Traders, 17,000 hybrid and electric cars left UK showrooms in March 2016, compared with 1,354 in the same month in 2006.

Go Ultra Low, the joint government and car industry campaign to get drivers to switch to electric vehicles, said year-on-year sales were up 23%, with more than 115 electric cars registered every day in the first quarter of 2016, equivalent to one every 13 minutes.