The sale of a Turner masterpiece, one of the last in private hands, has set a world auction record for the artist.

Sotheby’s auctioneers said a buyer on the phone paid £30.3m to beat three others to the painting Rome, From Mount Aventine.

Turner exhibited the work at London’s Royal Academy in 1836 when he was 61.

The sale price, including a buyer’s premium, was also the highest ever paid for a pre-20th Century British artist, a Sotheby’s spokeswoman said.

It easily surpassed the estimated price of £15m-20m, and beat the previous record sale for a Turner of £29.7m.

Depicting the Italian capital from the Aventine Hill, the work was in “exceptional, untouched, original condition”, the auctioneer said. 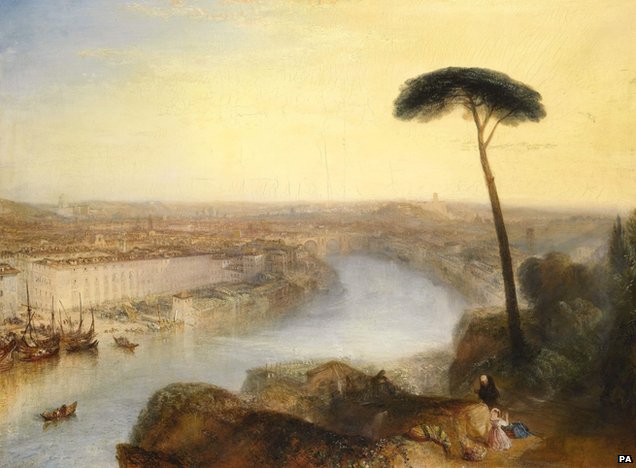 The 92cm by 125cm (36in by 50in) canvas was based on Turner’s own drawings of the city he made in 1828. It was commissioned by the artist’s friend and patron, Hugh Andrew Johnstone Munro.

Before this sale it had only changed hands once, in 1878 when the Fifth Earl of Rosebery bought it from Munro’s collection on his death.

Sotheby’s Alex Bell said it was “hard to overstate the importance” of the painting.

“The picture retains the freshness of the moment it was painted – the hairs from Turner’s brush, his fingerprint, the drips of liquid paint which have run down the edge of the canvas, and every scrape of his palette knife have been preserved in incredible detail,” he added.

A review in the 3 May 1836 Morning Post read: “This is one of those amazing pictures by which Mr Turner dazzles the imagination and confounds all criticism. It is beyond praise.”

Django actress to apologise to police