Eddie Redmayne has said he decided not watch Benedict Cumberbatch’s 2004 portrayal of Stephen Hawking while he was making his his own film about the famous physicist.

“I thought long and hard about it, ” Redmayne said. “I heard it was breathtaking. I knew myself well enough to know that if I watched it I’d try to steal little bits.”

Redmayne, 32, plays Hawking in The Theory of Everything, which is out early next year.

The film follows the professor’s life at Cambridge University in the early 1960s, when he meets meets his first wife Jane Wilde, played by Felicity Jones, and is diagnosed with motor neurone disease and given two years to live.

Redmayne’s friend Cumberbatch played the scientist in BBC TV film Hawking in 2004, for which he received a Bafta nomination for best actor. 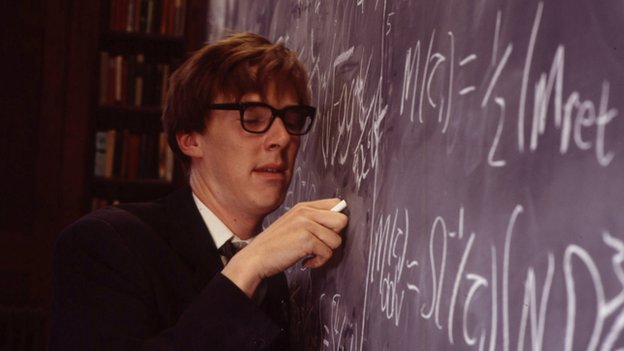 Redmayne, whose own portrayal is being tipped for an Oscar nomination next month, said he still hadn’t seen “old pal” Cumberbatch’s film, but that he planned to watch it soon.

He added that the pair had recently “exchanged stories” about what it was like for them to meet the real Stephen Hawking, who is now 72.

Redmayne told the BBC he first met Hawking at the scientist’s Cambridge home last year, just a few days before he started shooting The Theory of Everything. The actor had already undertaken four months of research which included meeting people with motor neurone disease.

“He’d gone from icon to idol status in my mind by this point,” …read more