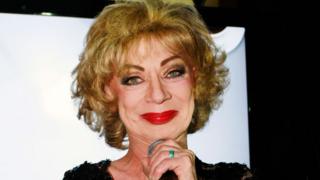 Holly Woodlawn, the transgender actress who inspired Lou Reed’s Walk on the Wild Side and appeared in Andy Warhol’s 70s films Trash and Women in Revolt, has died of cancer aged 69.

Reed’s opening lyrics read: “Holly came from Miami, F-L-A / Hitchhiked her way across the USA / Plucked her eyebrows on the way / Shaved her legs, and then he was a she” in his hit.

She died on Sunday …read more

Independent to cease as print edition