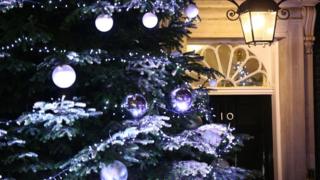 David Cameron has urged people to reflect on Britain’s Christian values in his Christmas message.

The PM said the country’s “important religious roots” made it “a successful home to people of all faiths and none”.

Green Party leader Natalie Bennett called for a “different sort of society” while Lib Dem Tim Farron said the world was “in need of hope”.

Mr Cameron highlighted the plight of people spending Christmas in refugee camps having fled the civil war in Syria, while Christmas in some parts of the world would go to church in fear of persecution.

“Throughout the United Kingdom, some will spend the festive period ill, homeless or alone,” he said.