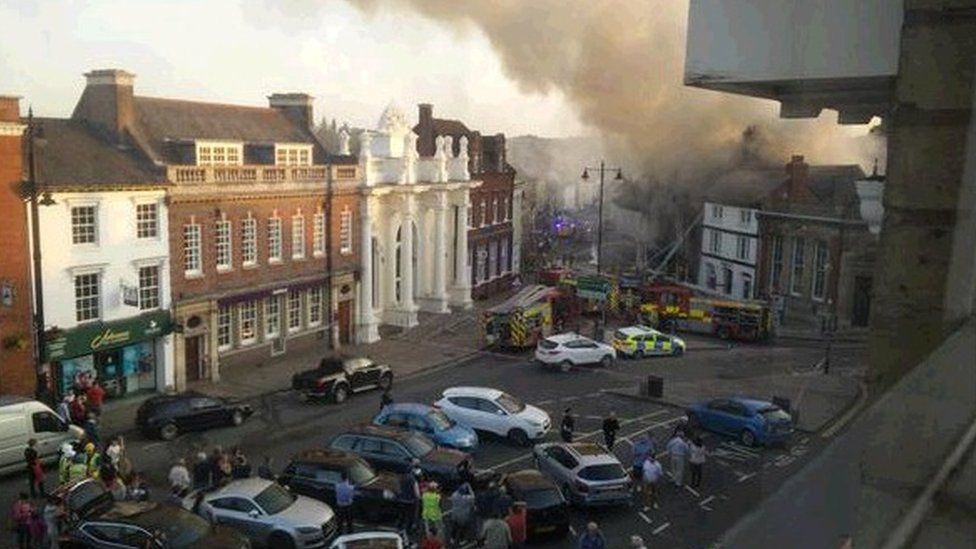 The fire service sent about 15 appliances to tackle the blaze in Market Hill, Sudbury

People have been rescued from a flat in the centre of a market town after a major fire broke out, police said.

Emergency services were called to Market Hill, in Sudbury, Suffolk, at about 18:25 BST after reports people were trapped.

Police said a “full-scale evacuation” had taken place in the immediate area as flames spread, with up to 20 people moved from their homes.

There were no immediate reports of casualties.

Easter getaway: When is busiest by road, rail...

Fans miss away game due to Easter 'chaos'