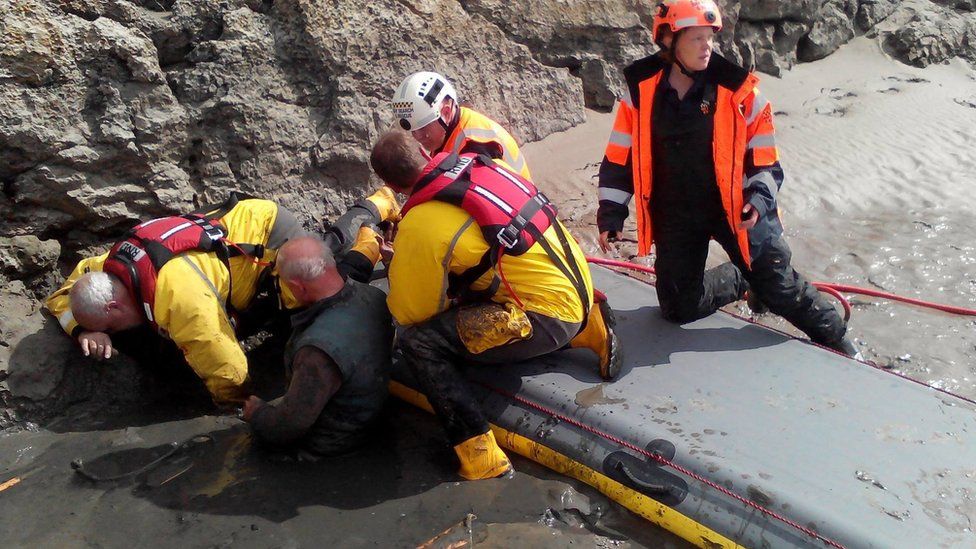 From the section Cumbria

Rescuers works to stop the man sinking further into the quicksand

A retired couple had to be rescued after getting trapped up to their waists in quicksand at Flookburgh, off the coast of south Cumbria.

The pair, who are in their 70s and from Cheshire, became stuck while out walking on sands at Humphrey Head, near Grange-over-Sands, at about 12:10 BST.

Rescuers, equipped with a hovercraft and heavy lifting gear, raced against an incoming tide to free the pair.

Both were taken to hospital suffering from mild hypothermia.

Millicent Fawcett to be first woman statue in...

Hindus urged not to donate new fivers at...