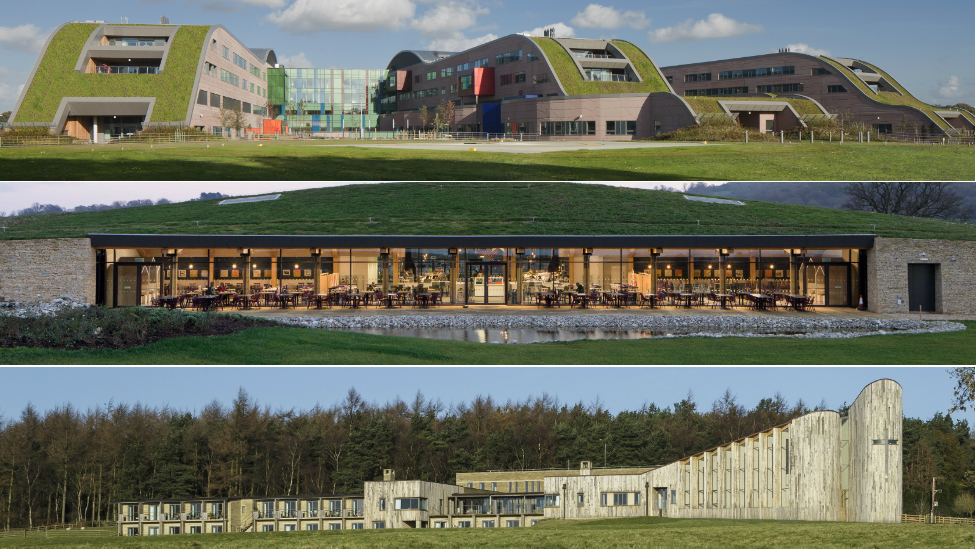 A grass-roofed children’s hospital, an abbey, and a “tranquil” motorway services have been honoured by the Royal Institute of British Architects.

The eclectic list includes a London museum and an Essex housing estate.

A “shimmering stainless steel library” in Oxford, designed by the late Dame Zaha Hadid’s firm, also made the list.

The Sir John Soane Museum in Holborn, central London, is one of several cultural spaces honoured, alongside York Art Gallery, Manchester’s HOME and the Portland Collection in Nottinghamshire.

Eleven higher and further education buildings and four schools received the accolade, including the Bob Champion Research and Education Building in Norwich, Poole’s Drawing Studio, Davenies School in Buckinghamshire and the City of Glasgow College.

The Scottish college was one of only four non-English projects honoured, the other being a house in Edinburgh, a research building in Glasgow and a health centre in County Down.

“It is encouraging to see so much emphasis placed on the power of architecture to help institutions to attract students and stand out from the mediocre,” she said.

She also praised the “strong selection of new housing developments” on the list.

“Too often we see projects which have cut corners in quality, which fails the people these new homes are meant to serve.

“I hope these achievements in housing inspire other developers.”