Daniels broke the news on Twitter, posting a picture of himself with Epps with Oprah Winfrey at a script reading.

Winfrey, who Daniels directed in The Butler, will play Pryor’s grandmother.

Epps, who has acted in The Hangover and Resident Evil, also posted a photo of himself kissing the ring of Pryor’s widow Jennifer Lee, for “the blessing”.

Several other stars, including America’s Got Talent host Nick Cannon, Michael B Jordan and Marlon Wayans, were reported to have been in talks to play Pryor in the film.

Known for his x-rated routines, Pryor is widely regarded as one of America’s most influential comedians.

Before Pryor’s death from a heart attack in December 2005 at the age of 65, both he and his wife had earmarked Epps to play him in a film that they would have produced.

The comedian had suffered from multiple sclerosis for many years prior to his death.

Epps, who called Pryor “the wizard of comedy”, has since played him in 2013’s still-to-be-released biopic Nina, starring Zoe Saldana as Nina Simone.

Winfrey also took to social media to announce the casting, posting a picture on her Instagram and Twitter accounts. 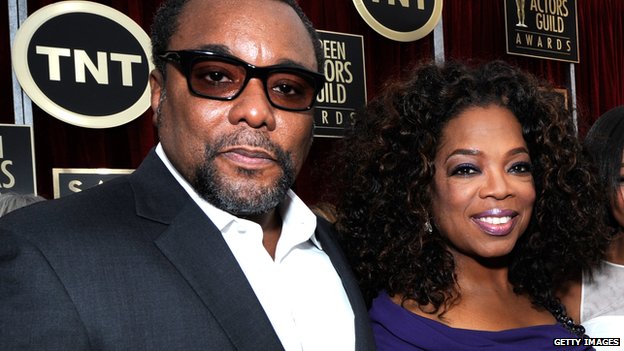 Using the hashtag #RichardPryorMovie, she wrote that she, Daniels and Epp had “just finished a great 1st read session”.

Winfrey will play Pryor’s grandmother Marie Carter, according to Entertainment Tonight. The pair had a …read more