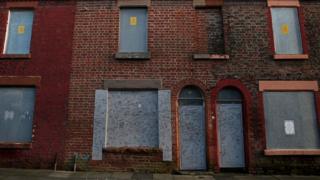 Plans to develop the Liverpool street where Beatle Ringo Starr grew up have been approved by the city’s cabinet.

Liverpool City Council has approved proposals by developers Place First to demolish and refurbish terraces in the Welsh Streets district.

Its original plans for the area were blocked when then Communities Secretary Eric Pickles overturned his planning inspector’s backing for the scheme.

Labour 'missed a trick' over vote