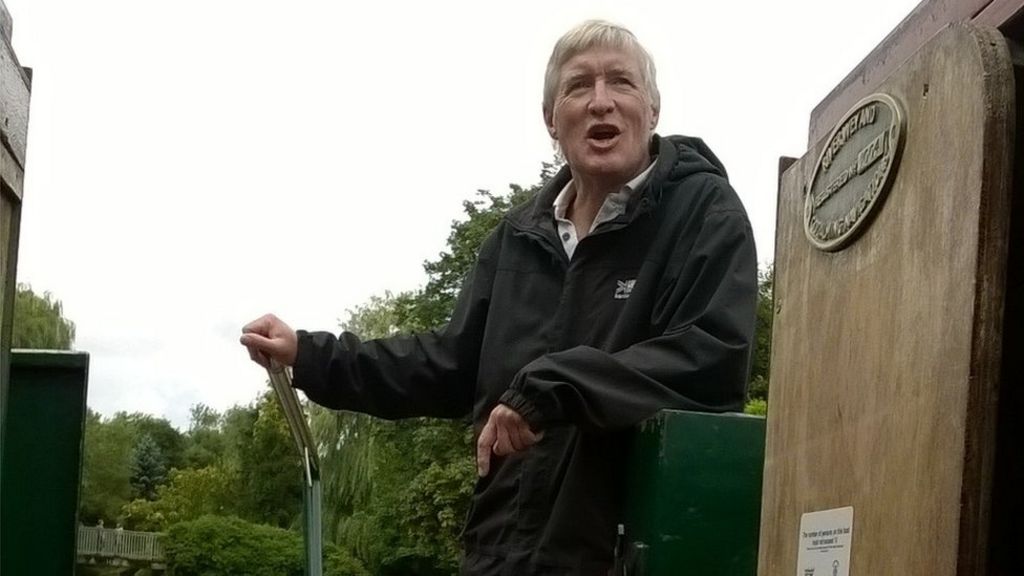 A body, believed to be that of a missing kayaker, has been found in the River Wey at Guildford, Surrey Police has said.

Grant Broster, 56, from Guildford, was on his family’s kayak on 28 March when it capsized in front of his son.

Police said they were called to the area near the Waterside Centre at about 18:00 BST following reports a body had been found.

Formal identification has not yet taken place.

A police spokesperson said “Mr Broster’s family have been notified”.

“Our thoughts are with the family and friends of Mr Broster at this difficult time,” they said

The official search for Mr Broster was called off on 5 April.

The kayaker went missing near Guildford Borough Council’s offices in the aftermath of Storm Katie.

His son went into the water to try to help him and was eventually pulled to safety, but Mr Broster was swept away.

Witnesses said the kayak had been “dragged around like a bottle very fast”.

The Environment Agency had issued a flood warning for river which was swollen by the heavy rain.

A page set up to raise money for Surrey Search and Rescue, which helped police search for Mr Broster, has raised more than £7,000.

A statement on the page said: “Grant’s family particularly want to thank Surrey Police for their compassion and professionalism.

“They came today to tell us that Grant’s body has been found.

“We hope another family benefits from Surrey Search and Rescue’s services supported by your kind donations.

“It gladdens us to know that from bad comes good and that we can support those who give selflessly.”