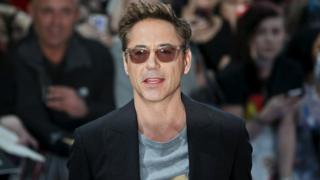 US actor Robert Downey Jr has been granted an official pardon for a drug conviction that sent him to prison nearly 20 years ago.

California Governor Jerry Brown announced pardons for 91 people who had been out of custody for 10 years and proved they had turned their lives around.

The conviction will remain on his record but the actor twice-nominated for an Oscar will have his voting rights restored.

In 1996, police found cocaine, heroin and a pistol in his car …read more