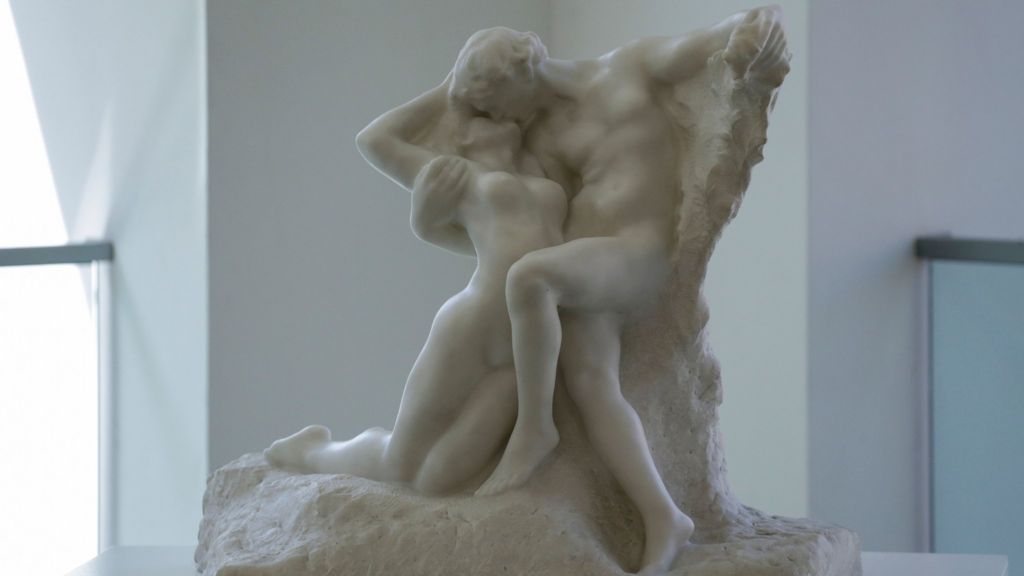 A sculpture by Auguste Rodin has sold for a record $20.4m (£14m) at an auction of impressionist and modern art in the US.

The French sculptor’s Eternal Springtime was created from a single block of marble around 1901, according to art experts.

The sculpture’s buyer has not been disclosed by Sotheby’s New York but it was owned by actor Sylvester Stallone.

That was for a bronze called Iris, Messenger of the God in February, which had also been owned by Stallone at some point.

One of the others was owned by the late British artist Lucian Freud but Stallone’s was particularly prized as it was cast in Rodin’s lifetime.

Eternal Springtime features a floral motif base of two lovers in a passionate embrace.

It is believed to be the fifth in a series of 10 known carvings of the same subject created in marble by Rodin.

It is thought that Eternal Springtime’s subject – the happiness of two young lovers – was ultimately assessed as being too jovial for the tragedy played out in The Gates of Hell.

Eternal Springtime was very successful and was translated several times into bronze and marble.

Other highlights of the Sotheby’s sale included an important pointillist painting by Paul Signac.

The Port Houses, Saint-Trope sold for $10.7m (£7m). The painting depicts the French Riviera town of Saint-Tropez in 1882.

The painting had been in the same family for nearly 60 years.

An early portrait of Claude Monet’s wife Camille was also in Monday’s auction and sold for $49.4m (£34m).

The most paid to date for a work by the French impressionist is $80.4m, set in June 2008 at Christie’s in London for Le Bassin aux Nympheas,

Sofia Vergara speaks out on embryos