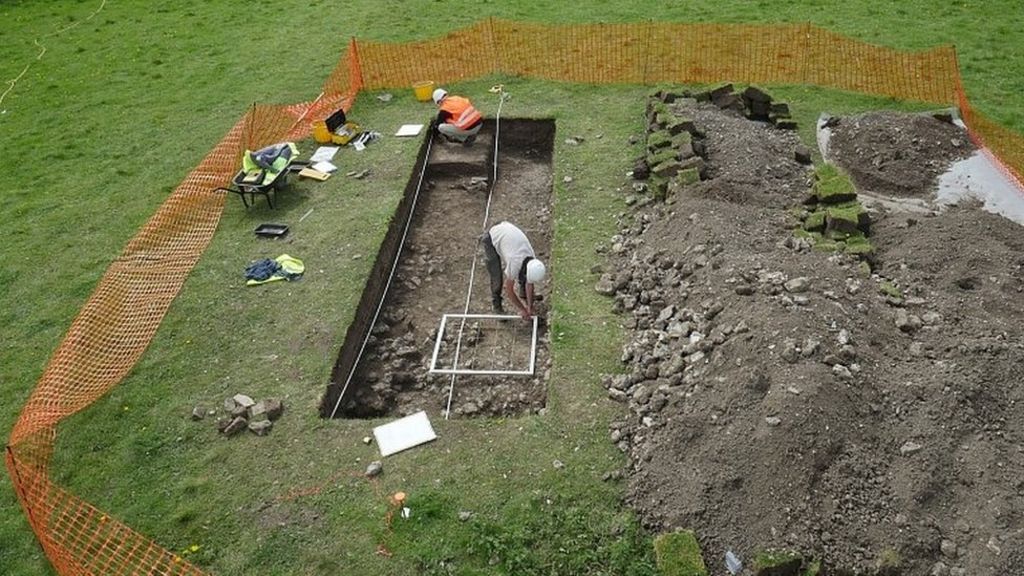 An “elaborate” Roman villa has been unearthed by chance by a home owner laying electric cables in his garden in Wiltshire.

It was discovered by rug designer Luke Irwin as he was carrying out some work at his farmhouse so that his children could play table tennis in an old barn.

He uncovered an untouched mosaic, and excavations revealed a villa described as “extraordinarily well-preserved”.

Historic England said it was “unparalleled in recent years”.

Thought to be one of the largest of its kind in the country, the villa was uncovered near the village of Tisbury during an eight-day dig. It is being compared in terms of its size and its owners’ wealth to a similar, famous site at Chedworth in Gloucestershire.

Finds including hundreds of oysters, which were artificially cultivated and carried live from the coast in barrels of salt water, suggest that the villa was owned by a wealthy family.

The dig also turned up “extremely high status pottery”, coins, brooches and the bones of animals including a suckling pig and wild animals which had been hunted.

“We’ve found a whole range of artefacts demonstrating just how luxurious a life that was led by the elite family that would have lived at the villa,” said Dr David Roberts, of Historic England. “It’s clearly not your run-of-the-mill domestic settlement.”

Built sometime between 175 AD and 220 AD, Dr Roberts said the villa had “not been touched since its collapse 1,400 years ago”, which made it “of enormous importance”.

“Without question, this is a hugely valuable site in terms of research, with incredible potential,” he said. “It’s one of the best sites I have ever had the chance to work on.”

What’s wrong with the BBC? This entry passed through the Full-Text RSS service – if this is your content and you’re reading it on someone else’s …read more