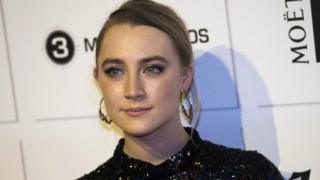 Saoirse Ronan has won the best actress prize for her role in tearjerker Brooklyn at the Moet British Independent Film Awards.

The Irish actress, who plays is a young Irish immigrant, is widely tipped to get an Oscar nomination next …read more

Sienna Miller on why her new role is...