The release date of Mark Ronson’s single Uptown Funk has been brought forward by five weeks after an X Factor cover topped the iTunes chart.

Fleur East’s version of the track was called “one of the top three performances” in X Factor history by Simon Cowell.

The live recording shot to the top of iTunes on Monday, prompting Ronson’s label to rush-release the original.

Some bookmakers have suspended bets on the song reaching Christmas number one. 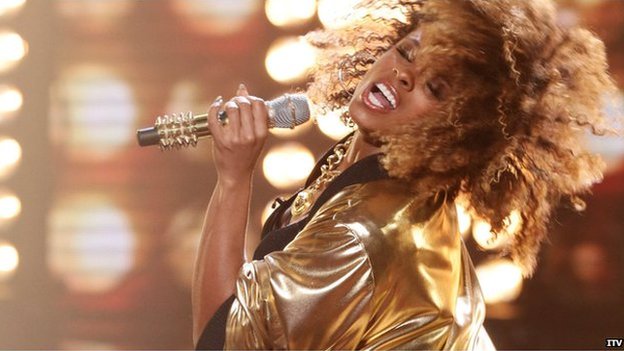 Inspired by the feel-good funk of the 70s and 80s – including acts such as The Gap Band, The Time and the Tom Tom Club – it was already available in several countries around the world.

But the UK release was being held back until the new year.

Cowell said he had decided to give the song to Fleur East for Saturday’s X Factor, after he first heard it the previous week.

The performance earned her a place in this weekend’s final, where she will compete against Ben Haenow and Andrea Faustini for this year’s title.

Her cover was outselling the likes of Taylor Swift and Take That on Monday morning. It has now been leap-frogged by the “official” version, with the song occupying both the number one and number two position in the iTunes download chart.