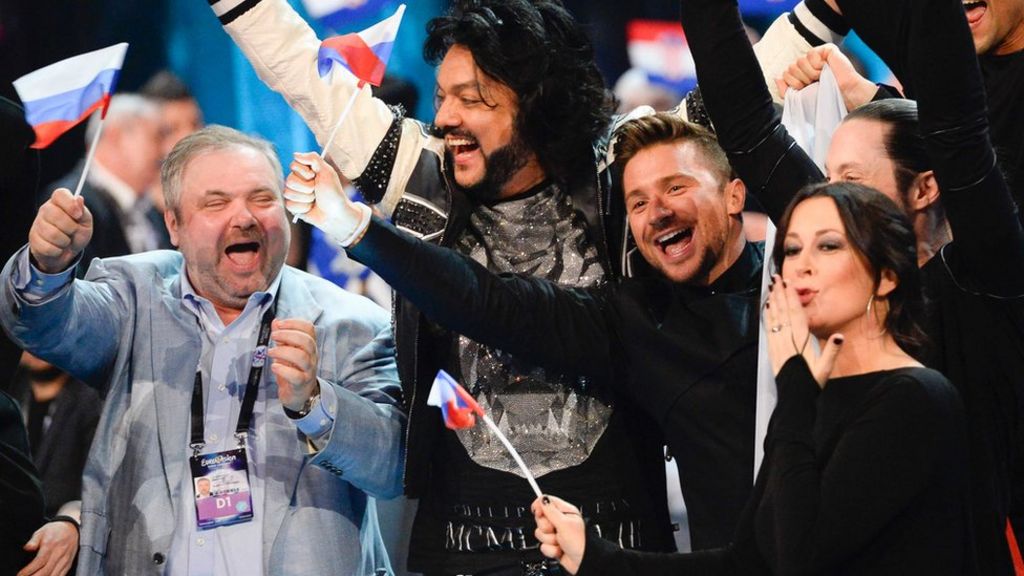 Russia and the Netherlands have made it through to the final of the Eurovision Song Contest following the first semi-final on Tuesday night.

Russian star Sergey Lazarev is widely tipped to win on Saturday with his techno ballad, You Are The Only One.

The country traditionally places highly in the competition, but was beaten to second place by Sweden’s Mans Zelmerlow last year.

However, the semi saw Iceland fail to qualify for the second year in a row.

A total of 18 countries took part in Tuesday’s competition, but only 10 made it through to the Grand Final.

It was particularly good news for the Czech Republic, as this was the first time since the semi-final system was introduced in 2004 that they have qualified.

“We got an opportunity to create something great, and I feel honoured that we are here now.”

Sergey Lazarev, who hails from Sochi, is a huge pop star in Russia and started his music career as part of the teen-pop group Neposedy, alongside Julia Volkova and Lena Katina of t.A.T.u, who represented Russia at the 2003 Eurovision Song Contest.

He subsequently joined the boyband Smash!! before going solo in 2004. His Eurovision appearance follows the release of a successful greatest hits album last year.

“I am happy that we got to the final,” he said after qualifying.

“The show was amazing. I was nervous, to be honest, but now I am just happy.”

The Netherlands also emerged as strong contenders on the night, thanks to a low-key, country-inspired ballad by 23-year-old Douwe Bob.

Performing Slow Down on live television “felt brilliant”, he said after the show.

“It didn’t feel like I was performing for 150 million people. The …read more

No Strictly for Mary Berry as she beats...