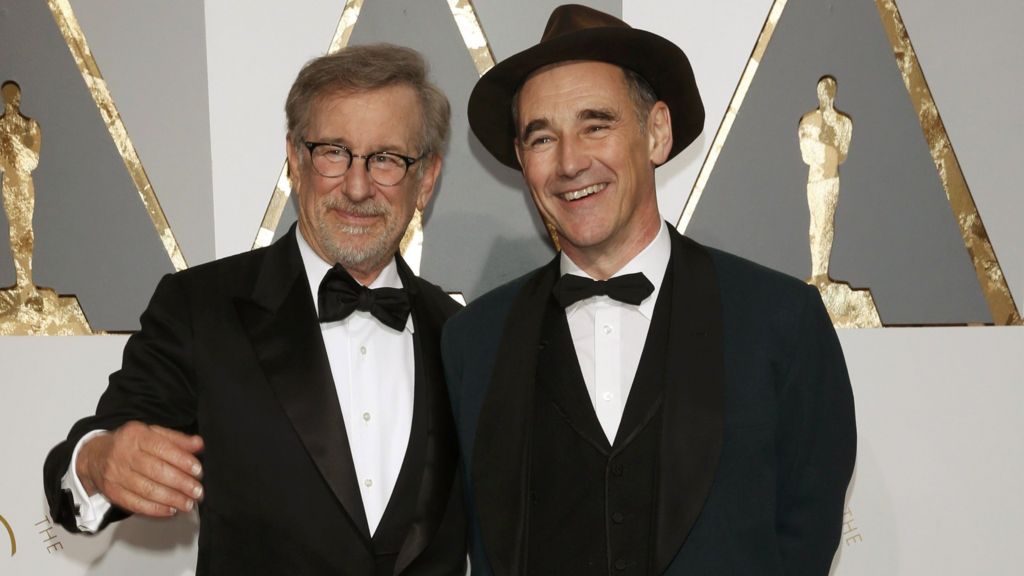 Celebrated actor Mark Rylance is to reteam with director Steven Spielberg to star in his next movie The Kidnapping of Edgardo Mortara.

Rylance, who won a best supporting actor Oscar for Spielberg’s Bridge of Spies, will star as Pope Pius IX.

The film will tell the true story of a Jewish boy in Italy in 1858 who is taken from his parents, raised as a Catholic and later becomes a priest.

Filming will start when Spielberg finishes work on Ready Player One.

That sci-fi movie starts filming this summer so The Kidnapping of Edgardo Mortara is expected to go into production at the start of 2017.

Rylance also has to complete work in the Christopher Nolan World War Two film Dunkirk, which goes into production next month.

The Kidnapping of Edgardo Mortara will be written by screenwriter Tony Kushner, known for his work on the Oscar-winning Lincoln.

The true story of the six-year-old Mortara became an international scandal which was ultimately thought to lead to the crumbling of the structure of the Papacy, as it was at the time, and then to the unification of Italy.

The boy was taken from his family home in Bologna because a servant in his household said she had baptised him as an emergency measure when he was very ill.

Mortara grew up as a Catholic under the protection of Pope Pius IX, who refused to return him to his parents despite their pleas.

Mortara subsequently became a priest in the Augustinian order.

Rylance was formerly best known for his work in the London theatre, including in his role as artistic director of the Globe theatre.

He is still active on the West End stage, notably being nominated for an Olivier award for starring as King Philippe V of Spain in Farinelli and the King. He was