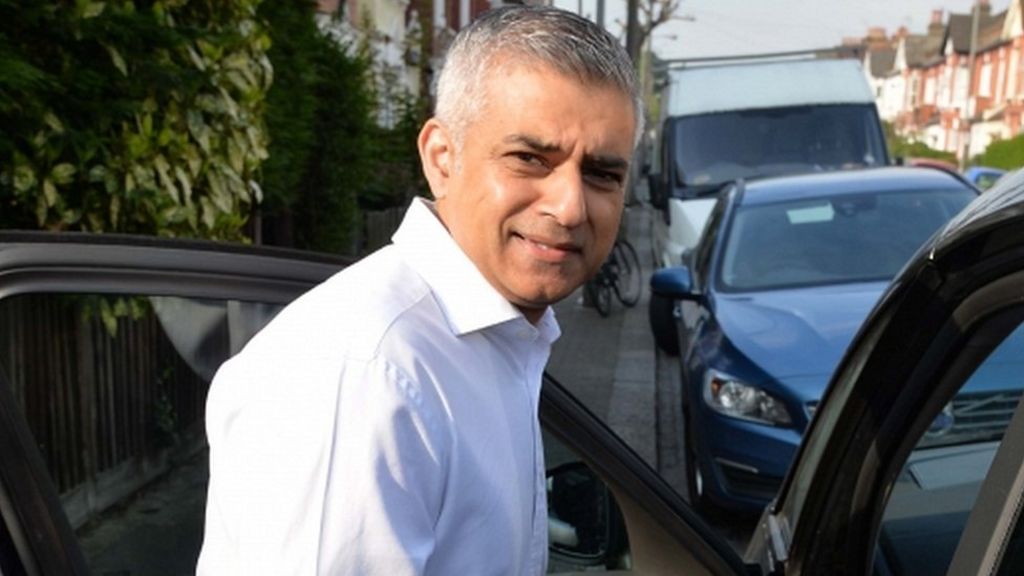 London’s newly-elected mayor Sadiq Khan will be formally sworn in to his new role from 11:30 BST at a ceremony in the capital.

The first Muslim mayor of any capital city in the EU could pave the way for a “prime minister of colour”, said Labour MP David Lammy.

Mr Khan has pledged to be a “mayor for all Londoners”.

Having won 1,310,143 votes, Mr Khan has the largest personal mandate of any politician in UK history.

The son of a London bus driver who grew up in the capital is the third person to become the mayor of London after fellow Labour politician Ken Livingstone and Conservative Boris Johnson.

Fellow Londoner and Labour MP for Tottenham, David Lammy, said: “If we ever get a prime minister of colour it will be because of what Sadiq Khan has achieved.”

Mr Lammy, who stood against Mr Khan for the Labour mayoral nomination, told the BBC Radio 4 Today programme Mr Khan “is a grafter, he is someone who gets on with people, he is someone who is pragmatic when he needs to be and he certainly has a vision for this city”.

Metropolitan Police Commissioner Sir Bernard Hogan-Howe said: “I look forward to working with him, and all London’s new and re-elected Assembly members, to continue transforming the Met to keep London one of the safest capitals in the world.”

Defence Secretary Michael Fallon, who during the mayoral campaign had branded Mr Khan a “Labour lackey who speaks alongside extremists”, defended the Tory tactics as the “rough and tumble” of the campaign.

Who would join Sadiq Khan in City Hall?

On Today programme he said: “London is safe with a Conservative Government working with the new Mayor of London.”

Following Mr Khan’s victory on Friday night, Labour party leader Jeremy Corbyn tweeted the hashtag #YesWeKhan, telling the new mayor: “Can’t wait to work with you to create a London that is fair for all”.

Outgoing mayor Boris Johnson said: “Many congratulations to Sadiq on securing a huge mandate to do the best job in British politics. I wish him every possible success.”

Praise also came in from New York mayor Bill de Blasio and Business Secretary Sajid Javid, who tweeted: “From one son of a Pakistani bus driver to another, congratulations”.

Two-thirds 'back more police getting Tasers'