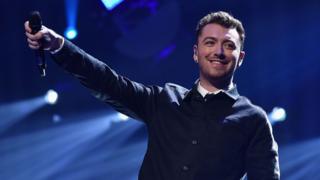 Smith unveiled the track on Radio 1 on Friday morning

But other Twitter users have been less complimentary, with one describing it as the “worst Bond theme ever”.

BBC entertainment correspondent Colin Paterson said it was “good enough, but not a classic”.

Prince's Paisley Park home to open to the...