Sam Smith album reached number two in the US charts

British artists have scooped several nominations for the 2015 Grammys, as the shortlist for the ceremony’s 83 categories starts to trickle out.

Sam Smith, who topped the BBC’s Sound of 2014 in January, is nominated for best pop album and record of the year, for the gospel-tinged Stay With Me.

He is also likely to be up for best new artist and song of the year.

The shortlisted acts are being announced throughout the day on 5 December, in a number of diverse categories including comedy, Hawaiian music and best surround sound album.

Three British artists are in the running for best pop album – with Smith, Coldplay and Ed Sheeran battling against Miley Cyrus, Ariana Grande and Katy Perry for the title.

Pop singer Charli XCX has also received the first of many expected nominations for Fancy, her chart-topping duet with Iggy Azaela. 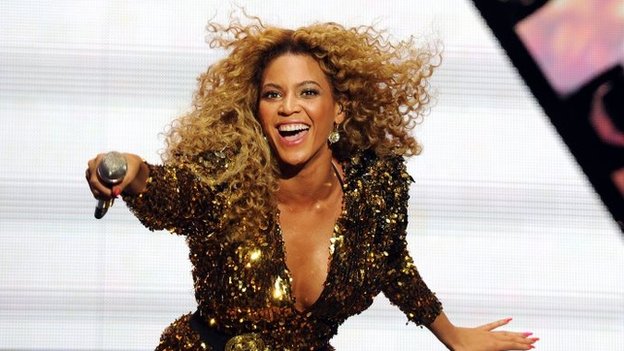 Music industry pundits expect Beyonce to walk away with the most nominations, with her self-titled fifth album a frontrunner for the ceremony’s top prize, album of the year.

If she wins, it would be the first time in her 17-year career. She holds 17 Grammys in other categories.

The first tranche of nominations were announced live on US television by Pharrell Williams and Ed Sheeran.

Pharrell, who won four Grammys earlier this year, is up for best pop solo performance for the feel-good anthem Happy.

The song was technically ineligible for the awards, having originally been released on the soundtrack to Despicable Me 2 …read more