Three different versions of the painting were produced

A French scientist has revealed a major new discovery about one of Leonardo da Vinci’s most famous paintings, shedding new light on his techniques.

Until now, it was thought the 500-year-old painting had always included the ceremonial animal.

Mr Cotte has shown the artist painted one portrait without the ermine and two with different versions of the fur.

Leonardo experts have described the new findings as “thrilling” and said the discovery raises new questions about the painting’s history.

The Lady with an Ermine is a portrait of Cecilia Gallerani, a young woman in the Milanese court who was mistress to Ludovico Sforza, the Duke of Milan.

The Duke was Leonardo’s main patron during his 18 years in the city, and he was nicknamed “the white ermine”. 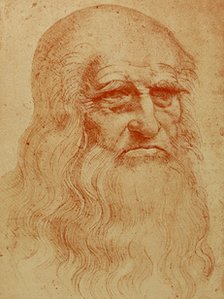 Mr Cotte, who is a co-founder of Lumiere Technology in Paris, has pioneered a new technique called Layer Amplification Method (LAM).

It works by projecting a series of intense lights on to the painting. A camera then takes measurements of the lights’ reflections and from those measurements, Mr Cotte is then able to analyse and reconstruct what has happened between the layers of the paint.

Following the discovery, new theories have now been applied to the well-known portrait, including a suggestion the artist may have introduced the ermine into the painting to symbolise Gallerani’s lover, later enhancing the animal to flatter …read more