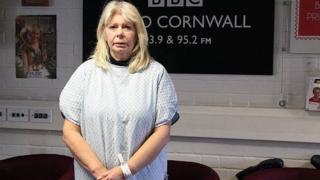 Bed blocking in Cornwall increases by 69% as new scheme fails

A scheme that aimed to see hospital bed blocking fall by a quarter actually saw numbers shoot up by 69% in a year.

Health organisations in Cornwall shared resources in the hope of tackling the problem but instead were hit by the big increase.

A health campaigner said the new initiative – launched under the government’s Better Care Fund – could turn out to be “useless”.