Nicole Scherzinger (Grizabella) in Cats at the London Palladium

Singer Nicole Scherzinger has made her West End debut as Grizabella in Cats – watched by the theatre star who created the role more than 30 years ago.

Elaine Paige, who was in the original Cats cast in 1981, was in the audience for the musical’s return at the London Palladium.

“It brings back wonderful memories for me,” Paige told the BBC, at Thursday’s opening night.

She described Andrew Lloyd Webber’s show as “way ahead of its time”. 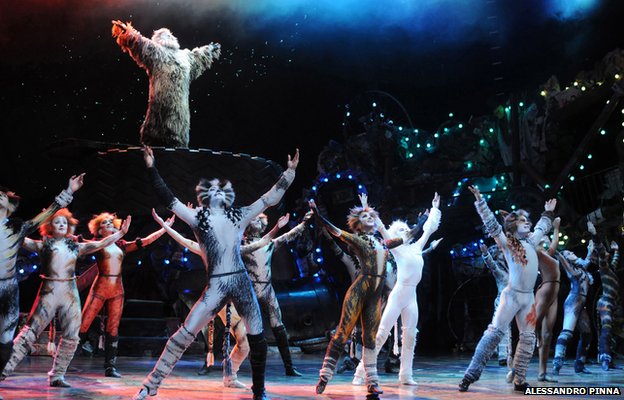 The West End cast of Cats at the London Palladium

“Without a blemish on her face, she struggles to convince as a has-been (she’s only 36),” wrote the Telegraph’s Dominic Cavendish, in his four-star review.

“In the second half reprise though, she finds something deep inside and truly makes your hairs stand on end.”

Cats, which has not been seen in London for 12 years, is based on TS Eliot’s Old Possum’s Book of Practical Cats.

The musical ran for 21 years in London and 18 years on Broadway. 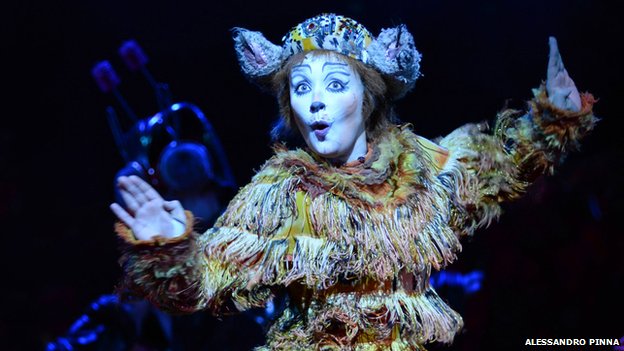 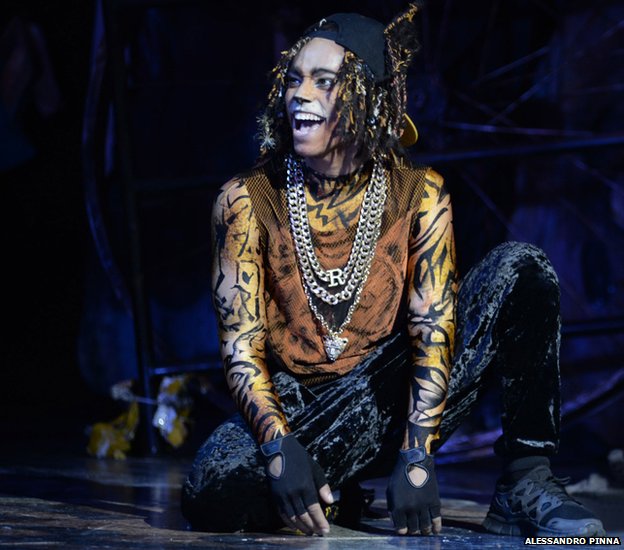 Top 10 Movie Depictions of the Future

CLUBS & SPADES – DEAL OR NO DEAL