This Morning host Phillip Schofield is nearing the end of his 24-hour live TV charity marathon.

The presenter began the challenge at 11:00 GMT on Monday to raise money for ITV’s Text Santa appeal.

With the entire broadcast shown on ITV3, viewers have seen Schofield abseil down a building and meet Prime Minister David Cameron.

Schofield, 52, said the feat had been the “most extraordinary experience ever” and “absolutely amazing”. 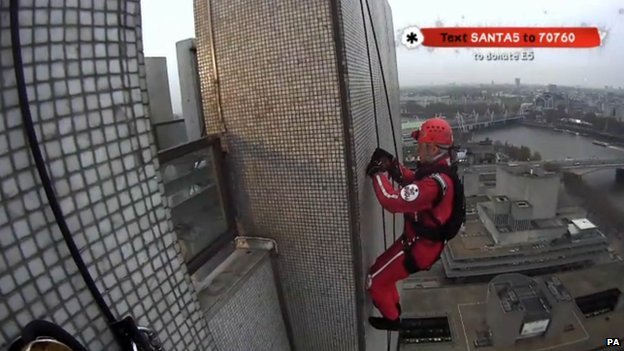 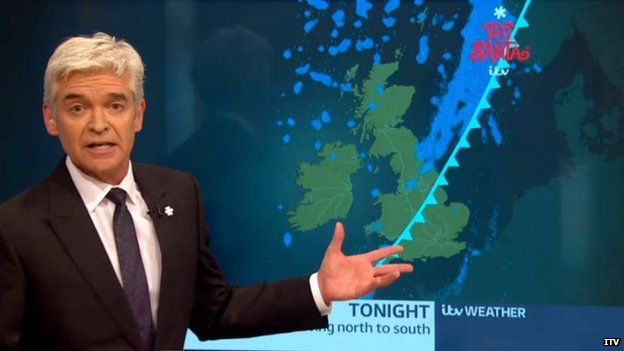 The 52-year-old presented a weather bulletin on Monday

Monday saw Schofield begin the challenge on This Morning and go on to appear on Loose Women, the ITV news and a weather bulletin.

Later on he joined the I’m a Celebrity… Get Me Out of Here team for a chat with presenters Ant and Dec and took part in the “fish eye” challenge – putting as many fish eyes in his mouth as possible in 30 seconds.

Overnight he walked barefoot on glass and participated in some aerobics with former Big Brother winner Josie Gibson. 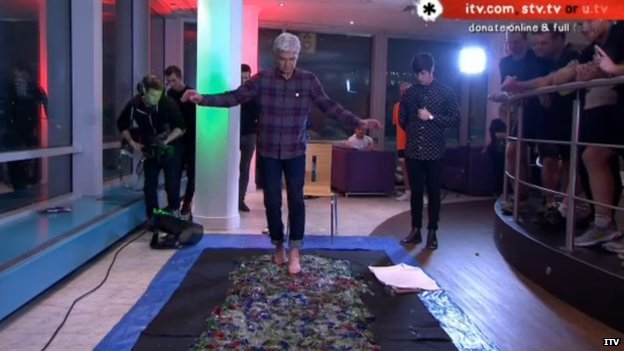 The host of quiz show The Cube walked on glass overnight 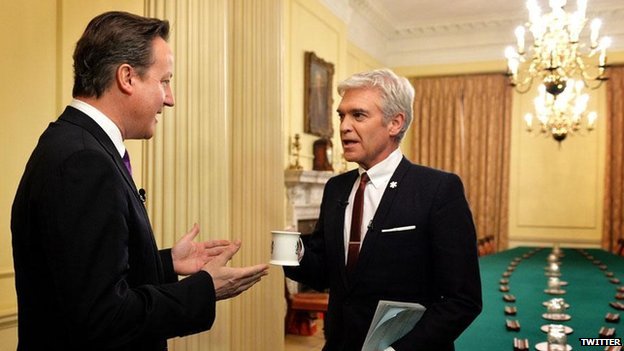 He then went on to interview Prime Minister David Cameron

Schofield also revealed he plans to climb to the top of the Shard skyscraper in London for the appeal.

“That will put me 16 ft (4.9m) into civil airspace,” he said. “Barring an aeroplane or someone on a mountain, I’ll be the highest person in Europe.”