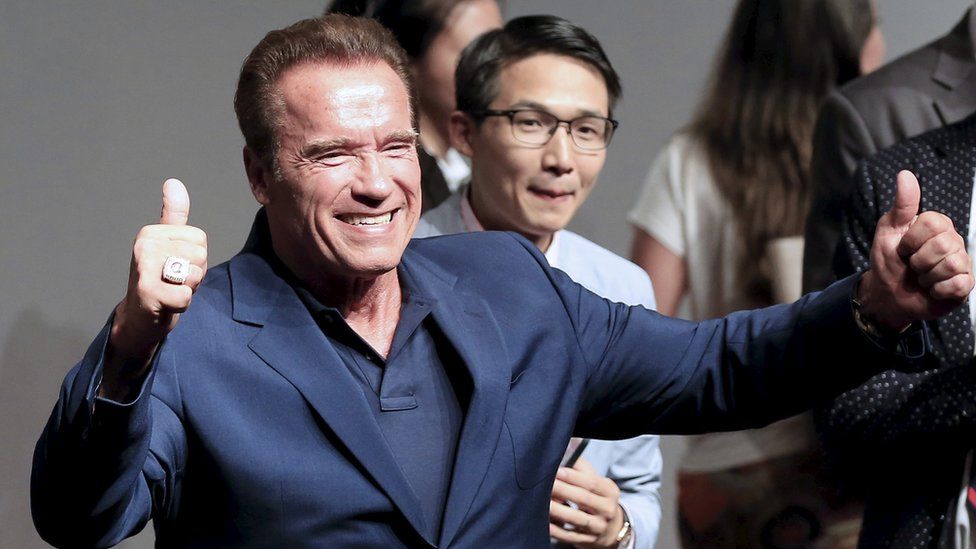 The actor and former governor of California, Arnold Schwarzenegger, has been named the new host of NBC’s competition show Celebrity Apprentice.

Mr Trump and the broadcaster parted ways after he made derogatory comments about immigrants in June.

He continues to lead polls among candidates for the Republican presidential nomination.