Schwimmer to star in Channel 4 sitcom 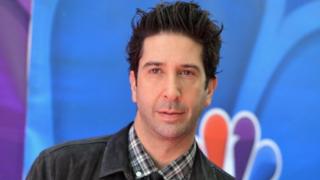 Friends actor David Schwimmer is set to star in a new Channel 4 comedy series about a failing breakfast TV show.

In Morning Has Broken he will play a US TV producer brought in to save the show.

The six-part series will air in 2016 and is written by, and co-stars Julia Davis and Nick Mohammed.

People are angry the comedian made jokes about...