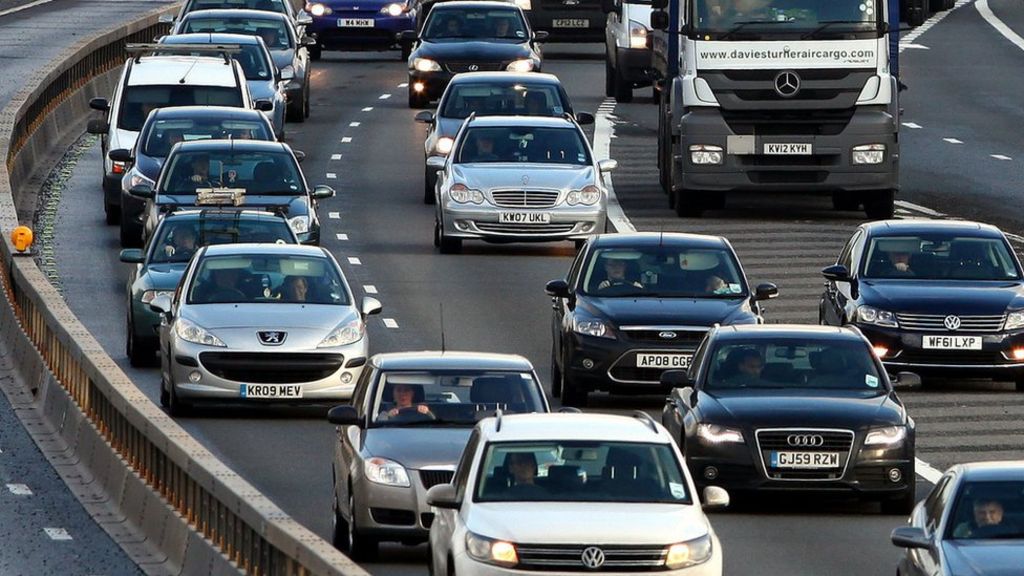 Plans to convert more hard shoulders into permanent driving lanes to ease motorway congestion should be scrapped, a Commons committee has said.

The government intends to turn hundreds of miles of hard shoulder into permanent lanes, known as “all-lane running”, to expand motorway capacity.

The Transport Select Committee said the “dramatic change” would be dangerous.

The Department for Transport said “all-lane running” was designed to be as safe as ordinary motorways.

Current “smart motorway” schemes only use the hard shoulder at peak times or during periods of congestion.

With motorway traffic forecast to increase by up to 60% from 2010 rates by 2040, permanently converting hard shoulders into traffic lanes is seen by some as a cheaper and less disruptive solution than widening motorways with extra lanes.

But the report published on Thursday by the Transport Committee warns ministers to call a halt to “all-lane running” schemes, saying there are major safety concerns.

The MPs did not agree with the government that future schemes were an “incremental change” or a logical extension of previous schemes, where hard shoulders were used during rush-hour congestion.

You might have already driven on something called a “smart motorway”. It’s where they open the hard shoulder to traffic when it’s really busy, often cutting speed limits at the same time. They’ve been around for a while and the stats show they ease congestion and cut accidents, because it’s easier to control the traffic.

“All-lane running” is different. It’s where the hard shoulder will be open all the time, and for governments it’s a cheaper way of increasing road capacity without laying down more tarmac.

But some loud voices, including the RAC and AA, say they’re not convinced the current design for “all-lane running” is safe. They argue that the emergency run-off areas are smaller and further apart than …read more

Peter Fox jailed for life for manslaughter of...