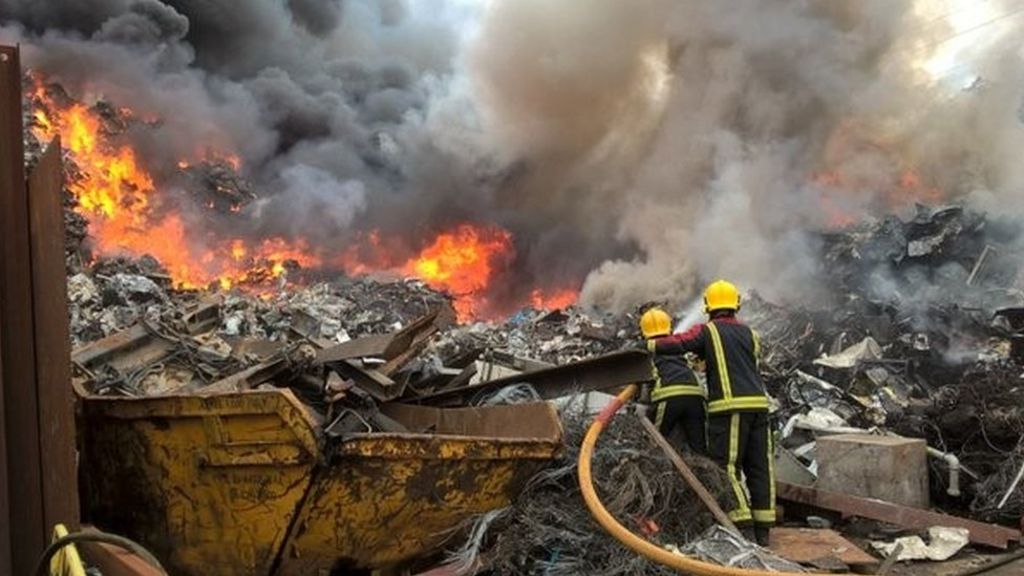 About 800 tonnes of metal and plastic is on fire at a scrapyard in Birmingham with huge plumes of smoke visible across the city.

Nearby residents are asked to keep windows shut. Drivers are also urged to to avoid the area.

Emergency services were alerted at about 14:00 BST and the fire service has received more than 100 999 calls.

There are 12 fire engines currently at the scene.

There are huge flames and plumes of black smoke coming from the fire with more fire engines arriving at the scene every few minutes.

I believe there are over 100 firefighters here now along with other emergency crews and Network Rail as there are two rail lines nearby.

I’ve seen a train approach very, very slowly as it has gone through the smoke.

There are power cables running through the site and so there are concerns supplies could be affected.

The cause is not yet known and there are no reports of any injuries.

Bus ploughs into tree after crash