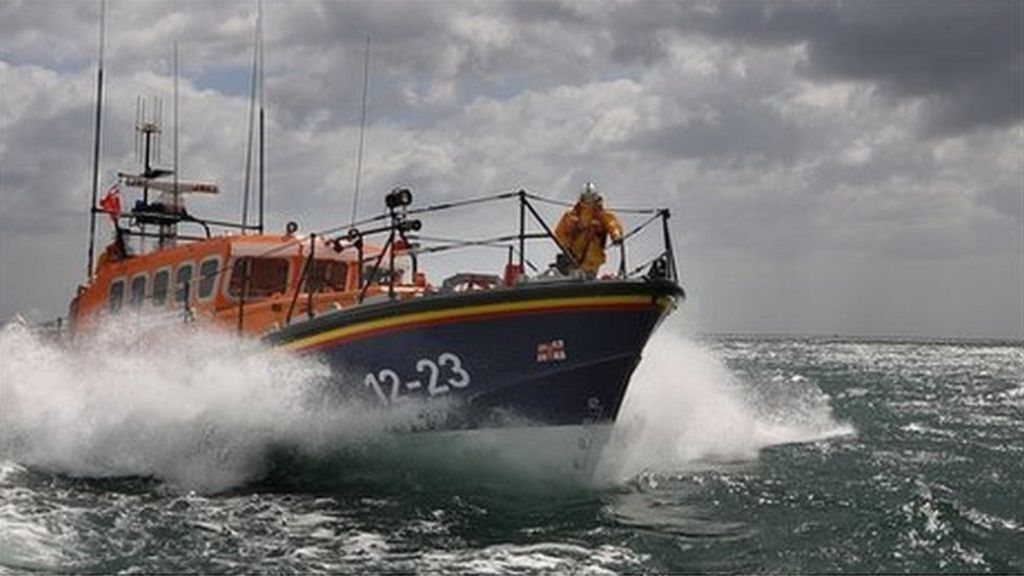 More than 30 pupils who became trapped by rising coastal tides were rescued after using their mobile phones as distress beacons.

The 34 youngsters and two adults had got lost on the Kent coast in an area prone to cliff rock falls.

An air and sea search began at about 21:00 BST on Monday after the London school group alerted Kent Police.

They were advised to use their phone lights to aid the search for them, the Maritime and Coastguard Agency said.

A rescue helicopter, based in Lydd, was involved in the operation, along with three lifeboats, two from Dover and one from Walmer and the Langdon Coastguard Rescue Team.

‘Lesson to us all’

“The group was located by one of the Walmer lifeboats in the area of active cliff falls and also spotted by a helicopter using the forward-looking infra red camera,” said Richard Cockerill, UK Coastguard’s senior maritime operations officer.

“All 36 people were recovered to safety by lifeboat and helicopter.”

It is understood the group had descended on to the beach from a coastal path, between St Margaret’s Bay and Dover, when they were caught by rising waters, a coastguard spokeswoman said.

After being spotted using night-vision cameras, 31 members of the group were taken ashore and the remaining five were airlifted to safety before being flown to the Dover Coastguard station.

All members were accounted for by 23:00 and were “safe and well”.

“Thankfully, the quick and well co-ordinated search and rescue response meant all 36 were rescued and were lucky to escape without serious injuries, but they’ve had a traumatic experience,” said Mark Finnis, coxswain of Dover RNLI.

The Port of Dover later tweeted that the group’s rescue “was a lesson to us all to be careful around water and check tidal information”.

Abba give first performance in 30 years