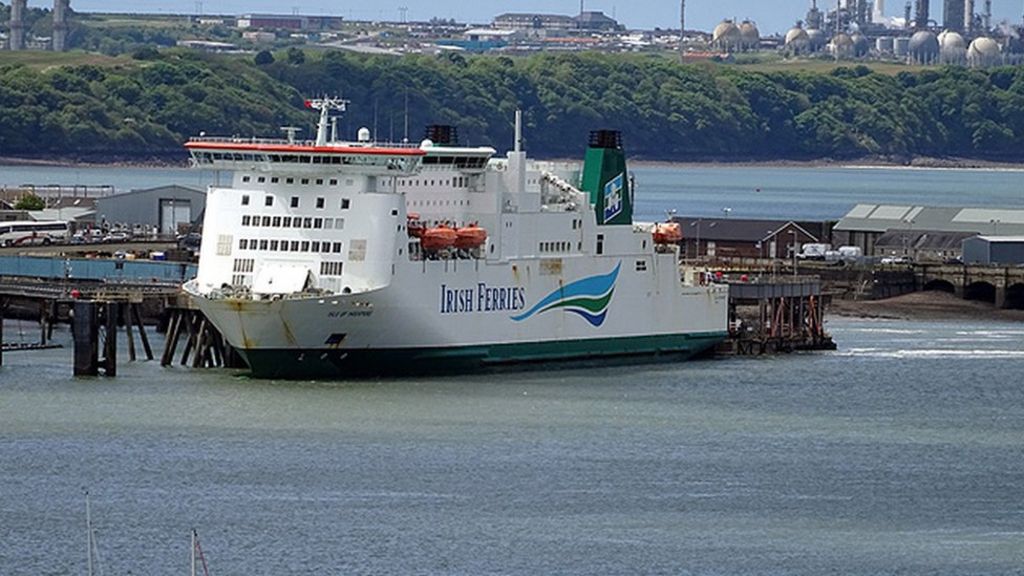 A major search has been launched for a crewman who is feared to have gone overboard a ferry off the Pembrokeshire coast.

The alarm was raised several hours after the Irish Ferries service from Rosslare arrived in Pembroke Dock, when it was realised the man was missing.

He was last seen at about 45 minutes before the ferry docked at 12:45 BST.

The Coastguard Rescue Helicopter 187 from St Athan has been searching an area several miles off St Anne’s Head.

RNLI lifeboats have also been involved in the search which was called off for the night at 22:00 BST and is due to resume at first light on Friday.

An Irish Ferries spokesman said after the vessel sailed for Rosslare later in the afternoon it was realised that the man was not at his post.

The crewman had worked for the company for more than a year and was part of the catering staff on the Isle of Inishmore ferry.

A “top to bottom, thorough search” was carried out and when the man was not found Milford Haven Coastguards were alerted.

The vessel was given authority to continue to Rosslare, where a further search was carried out without success.

The spokesman added: “We are naturally very distressed this man is missing and we have no reason to jump to any conclusions and we hope he is found alive and well.

“Authorities have been notified on both sides of the Irish Sea.”

A Maritime and Coastguard Agency spokeswoman said: “HM Coastguard has been coordinating a search off the Pembrokeshire coast today for a crew-member of a ferry who may have gone overboard late this morning.

“The UK Coastguard St Athan helicopter has been involved in the search for the missing man, along with the Weston Super Mare and Angle lifeboats and two lifeboats from St Davids.”

Redcar woman raped in front of toddler in...

UK to extend air strikes against IS