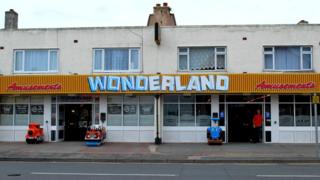 Jaywick and Middlesbrough most deprived areas in England

A seaside village in Essex is the most deprived neighbourhood in England, government figures show.

Jaywick was found to be the country’s most deprived area, according to the Department for Communities and Local Government.

It found the Middlesbrough council area had the highest proportion of deprived neighbourhoods, while Birmingham had the largest number.

Officials judged 32,844 neighbourhoods across England for the study.

The department’s Indices of Deprivation scored neighbourhoods according to seven key areas including crime, health and employment.

Its report found almost half of Middlesbrough’s 42 neighbourhoods were among the most deprived 10% nationally, while it classed 162 of Birmingham’s …read more

Theresa May will tell world leaders UK is...