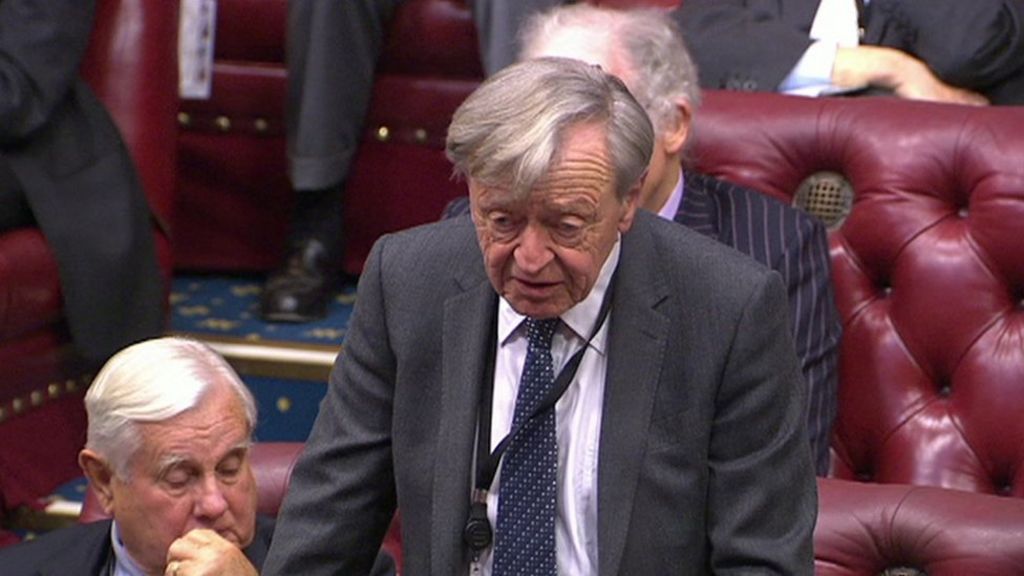 The government has been defeated again in the House of Lords over calls to take in child refugees from Europe.

A new amendment to the Immigration Bill from Labour’s Lord Dubs was backed by 279 votes to 172.

It would force ministers to arrange the relocation of children who have made it to Europe into the UK, with the total number to be decided by the government.

The government has warned against encouraging people to place children in the hands of traffickers.

It announced last week it would take in as many as 3,000 refugees, mostly vulnerable children, from the war-torn Syria region by 2020.

But campaigners, including charity Save the Children, are calling for unaccompanied children who have already made it into Europe to be allowed into the UK.

His revised amendment – which was backed by the Lords – did not include the 3,000 target, instead requiring the government to consult with local authorities to come up with a total.

Labour peer Lord Dubs arrived in the UK in 1939 as a six-year-old refugee fleeing the persecution of Jews in Nazi-occupied Czechoslovakia.

He was one of 669 children who escaped the Holocaust on trains from Prague organised by British stockbroker Sir Nicholas Winton.

After a 48-hour journey, the young Alf Dubs was met by his father, who had fled to England the day the Nazis entered Czechoslovakia, at Liverpool Street station in London.

In the Lords debate, Home Office minister Earl Howe said the issue of child refugees was “highly emotive” and that the UK had a “moral duty to help those in need”.

He said the government was “already fulfilling that duty”, adding that “physically transporting unaccompanied children from one part of the EU to another is …read more