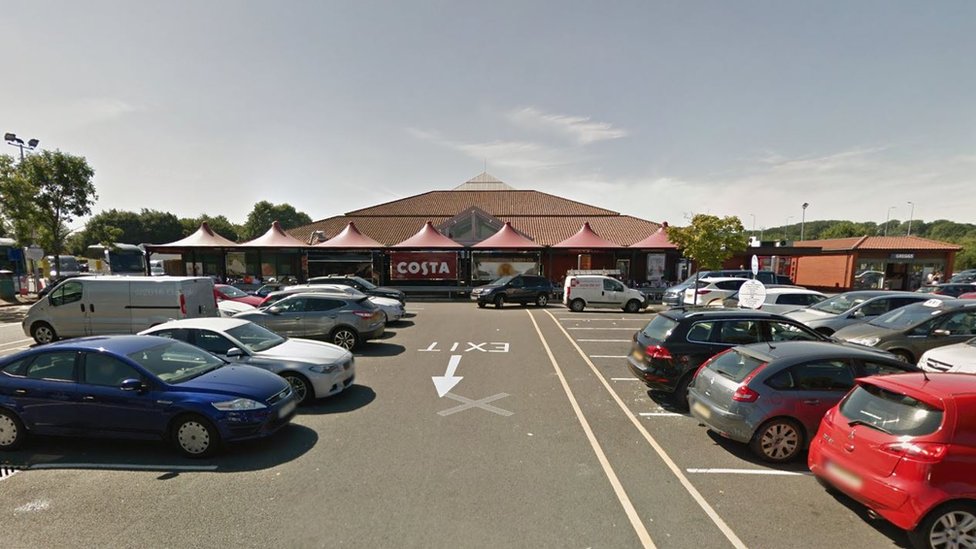 Thames Valley Police said the transmitters could be used to “interrupt” signals from remote keys, preventing vehicles from being locked properly.

The force said 14 recent thefts from lorries, vans and cars with “no obvious sign of a break-in” had been reported.

It advised motorists to check vehicles before leaving them unattended.

The thefts took place at Chieveley, Reading and Membury services on the M4 in Berkshire over the last two weeks of November.

How do radio jammers work?

Remote keys have a unique signal which is transmitted via radio waves from the fob to the car. Jammers overpower signals from the owner’s key and interfere with this communication.

The devices can be used over a large area, in theory allowing thieves to cover an entire car park.

Would-be thieves rely on drivers pressing the lock button on their fob and forgetting to double-check whether the vehicle is secured – leaving it open and allowing easy entry.

More modern vehicles which use keyless entry could also be vulnerable.

Police have appealed for dashcam footage to help with their investigation.

Sgt Alan Hawkett, of Newbury Police, said members of the public visiting motorway services stations anywhere in the country should keep valuables in their possession when away from their vehicle.

Huge hospital overspend to be unveiled