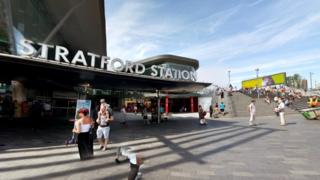 Several Tube stations in east London have been rezoned to recognise the capital’s “shifting economic map”.

Stations including Stratford and West Ham have been rezoned from Zone 3 to Zone 2/3.

It means the stations will be regarded in Zone 2 or 3 depending on which way the passenger is travelling, giving the cheapest travel option for the journey.

The Mayor of London said it was hoped 100,000 people per week would benefit from the change.

Price of stamps to rise next month