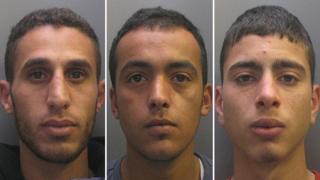 Three Libyan soldiers jailed for sexually assaulting women while stationed at an Army base are seeking asylum in the UK, police have said.

Corbyn: I would not use Trident

Osborne warns of cuts in Budget