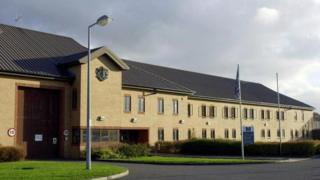 The Romanian prisoner was released from Littlehey prison on Friday

A sex offender was mistakenly released from prison a month early, the BBC has learned.

The inmate, from Romania, had been serving a 30-month sentence for sexually assaulting a girl under the age of 13.

He was due for release from HMP Littlehey in Cambridgeshire on 6 January, but …read more