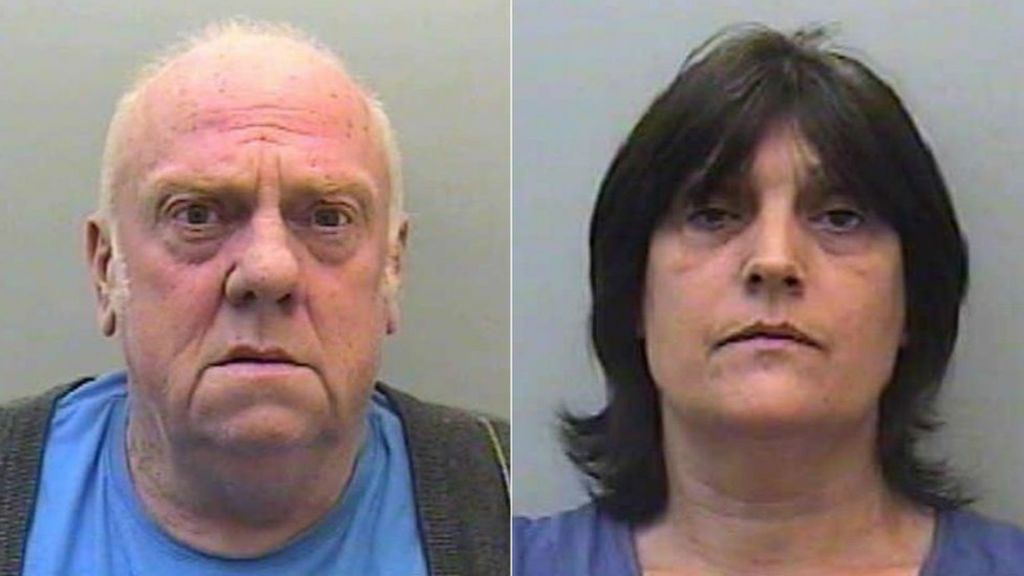 A postcard from serial killers Fred and Rose West appears to show they were part of a sex ring with child abusers David and Pauline Williams.

The cryptic card was sent to the Williams couple, whose former home in Bradninch, Devon, is being excavated by police searching for a baby’s body.

It was written to the “West Williams Menagerie” in 1990 and suggests the Wests were on a canal holiday.

David and Pauline Williams lived near the Wests in Gloucester in the 1990s.

David Williams was jailed for life in 2015 and his wife Pauline for 12 years for putting 10 girls and boys through rape, sexual assault and beatings.

Devon and Cornwall Police officers are excavating at a bungalow they lived in for about two years before they were sentenced.

The postcard, made public by the Crime Through Time Collection at former Littledean Jail in Gloucestershire, was written by Rose West.

It includes the line: “Colin says the ‘birds’ are very friendly here. Loads of wildlife”, and is signed “Mum & Dad”.

Andy Jones, from the museum, said: “It shows in coded form and innuendo that the Wests ran a child sex ring and the Williams were part of it.

“They talk about the Williams menagerie – a menagerie means animals.”

He believes the Wests had left their children with the Williams couple, as the postcard refers to daughter Mae.

“It’s compelling evidence of a strong connection between the two families,” he said.

David Williams, who ran a pub in Gloucester where Fred West drank, boasted in court last year of his connections with the Wests.

David and Pauline Williams, who are both in their 50s, started abusing children in the late 1980s. One victim was seven years old.

Plastic microbeads expected to be banned by end...