Shakespeare cycle to run at Barbican 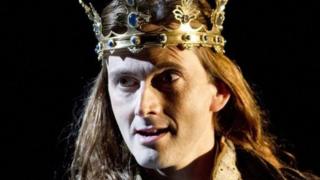 David Tennant is to reprise his award-winning Shakespearean role as Richard II at London’s Barbican theatre in January 2016.

His performance will form part of a Cycle of Kings season at London’s Barbican theatre in 2016.

Tennant first took on the part to much acclaim in 2013 for the Royal Shakespeare Company (RSC).

He stood out not just for his “mesmerising” performance but also for his “Christ-like” appearance.

Richard II will be one of a season of …read more