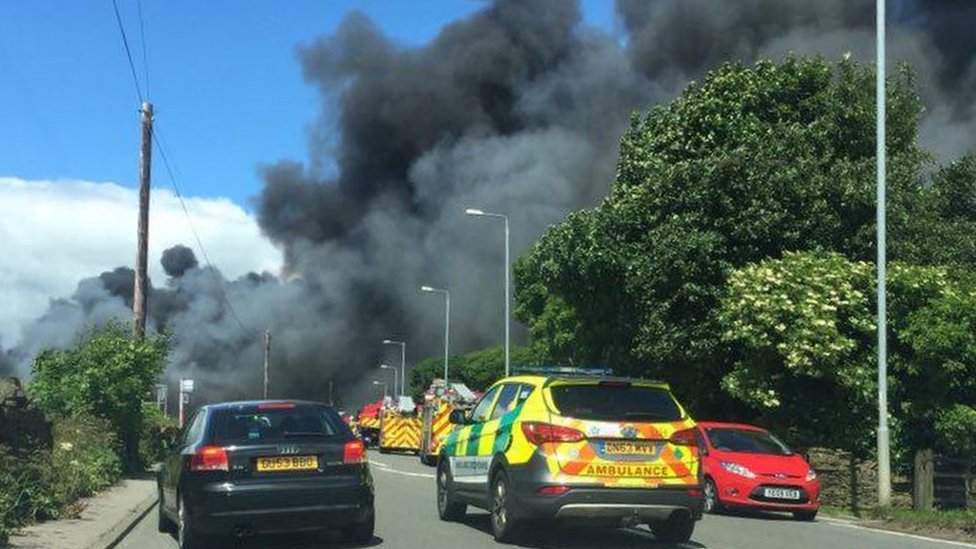 About 50 firefighters are tackling a blaze at an industrial site containing 25 lorries in West Yorkshire.

The fire is at Bowlshaw Lane, Northowram, near Shelf, Halifax, and police have been advising motorists to seek alternative routes.

Supt Owen West said fuel tanks on vehicles inside the premises were exploding and advised people to stay inside for safety.

There is diesel, LPG and acetylene on site, West Yorkshire Fire Service said.

The A644 Brighouse Road is reported to be closed both ways between A647 and A6036 and there are diversions for traffic in the area.

The fire service said the blaze was expected to be “protracted” and crews would be at the site into the evening.

Supt West said the fire was at a garage containing scrap vehicles, there had been no reported injuries and the “smoke plume looks more serious than it is”.

Heist boss 'may only have months to live'