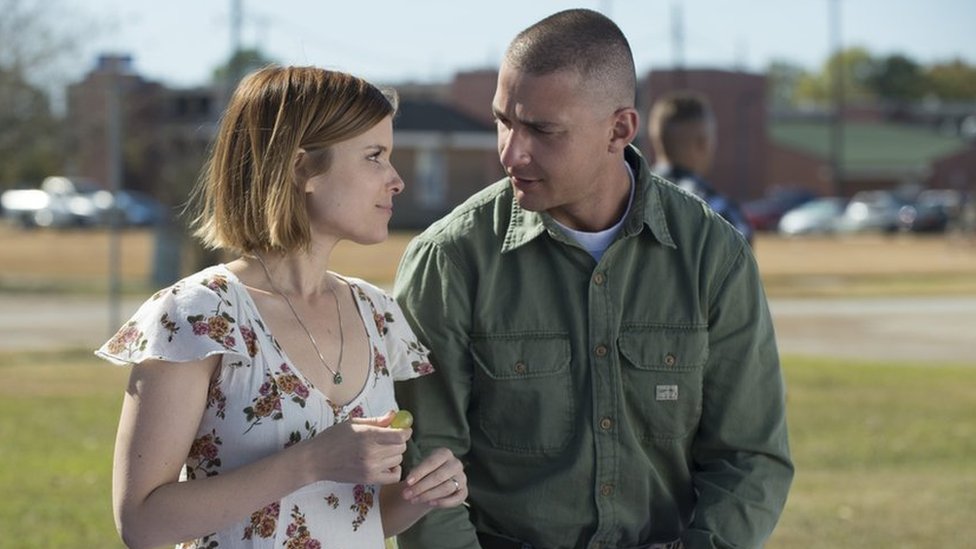 War movie Man Down, which also stars Gary Oldman, Jai Courtney and Kate Mara, made £7 on its opening weekend.

Or – to put it another way – the film sold the equivalent of one adult ticket.

To put that into perspective – Beauty and the Beast took a further £6.75m over the weekend.

Why so low? Well, to be fair, it did only open in one cinema in Burnley.

The screening was held to coincide with the release of the film on digital platforms at the same time.

But since the weekend, the cinema has told The Hollywood Reporter that the film has enjoyed a surge in popularity and experienced a box office jump of 200% – it has sold another three tickets.

Other films released last weekend that only opened at one cinema include Guru, which grossed £17, and horror film The Void, which grossed £1,163, according to figures from the British Film Institute.

And last year, Beauty and the Beast and Harry Potter actress Emma Watson’s film Colonia, also known as The Colony, made just £47 over its opening weekend in the UK.

But we still have an unanswered question: who was the one LaBeouf fan who bought that ticket?

If you want to catch it on the big screen there’s just one screening in Burnley left – tomorrow at 12:20.

There are only 78 seats left though, so you’d better be quick.

Asylum seeker attacked in Croydon 'thought he would die'