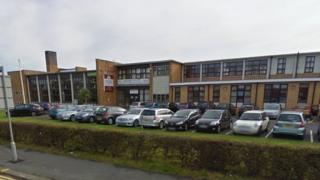 Threats to kill pupils in a shooting at a Blackpool school are being investigated by Lancashire police.

Messages posted on social media claimed the user planned to “kill as many people as possible” at Montgomery High School in Bispham on Monday, the Blackpool Gazette reported.

The planned attack was in revenge for alleged bullying, the post added.

Police confirmed officers were investigating the source and would ensure the school’s safety.

Corbyn: Labour will seek amendment to any Article...