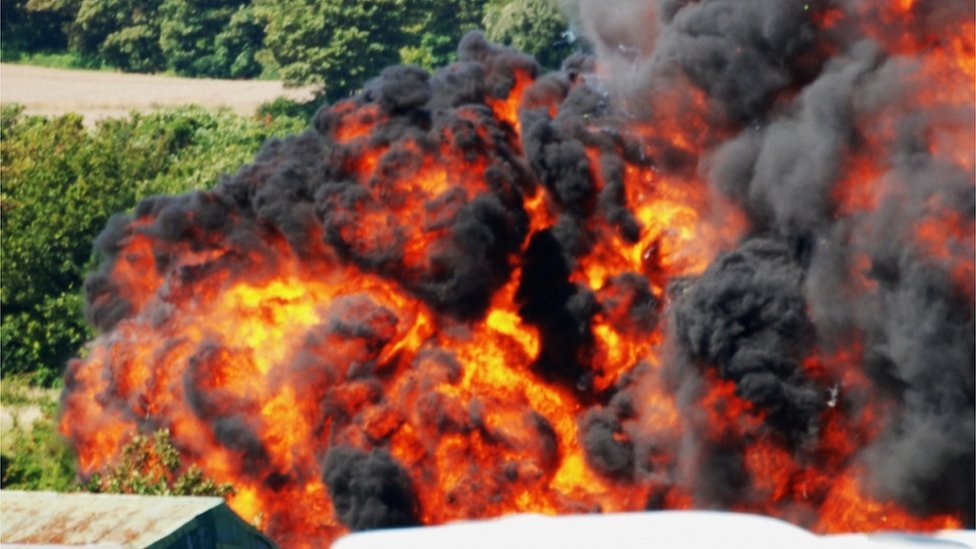 Hundreds of people are expected to join a minute’s silence one year after a vintage jet crashed at Shoreham air show, killing 11 men.

Families and friends of the victims will be among those gathering on Shoreham Toll Bridge for the minute’s silence at 13:22 BST.

It will mark the moment the Hawker Hunter jet crashed nearby, on the A27 in West Sussex.

Pilot Andy Hill, 52, is at the centre of a manslaughter investigation.

He has been questioned under caution but not arrested.

Sussex Police are awaiting a ruling from the High Court over whether they can have access to Air Accidents Investigation Branch (AAIB) material relating to the crash as part of their inquiries.

The final AAIB report is not expected to be published before the autumn.

“All parts of the investigation will take time,” he told the BBC.

“What’s really important is that we get this right for the families, the wider community, and also in support of the coroner.”

The owners of the Hawker Hunter, Canfield Hunter Ltd, have admitted responsibility for the crash and settled two compensation claims from victims’ families.

Ahead of the minute’s silence the Rev Canon Ann Waizeneker will read out the names of those who died.

People will then have the chance to lay flowers on the bridge, which became the focus of the community’s grief in the weeks following the disaster.

The skies above Shoreham’s Brighton City Airport, which staged the air show, will fall silent for one hour as a mark of respect.

The aerodrome will be closed for all aviation activities between 13:00 BST and 14:00 BST.

Islamist extremists to be held in special prison units