Sinden (left) was directed by Gielgud early in his theatrical career

Sir Donald Sinden has been honoured posthumously at the UK Theatre Awards, which reward the best of British regional theatre.

Sir Donald was named the recipient of the Gielgud Award for Excellence in the Dramatic Arts at a ceremony in London.

Other winners included Jamie Parker, recognised for his work in Guys and Dolls at Chichester Festival Theatre.

The 35-year-old, one of the original History Boys in Alan Bennett’s play, received the award for best performance in a musical.

An August Bank Holiday Lark, a play exploring the impact of World War One on a rural East Lancashire community, was named best play.

Deborah McAndrew’s play, a Northern Broadsides production, was one of three dramas commemorating the WW1 centenary to be recognised. 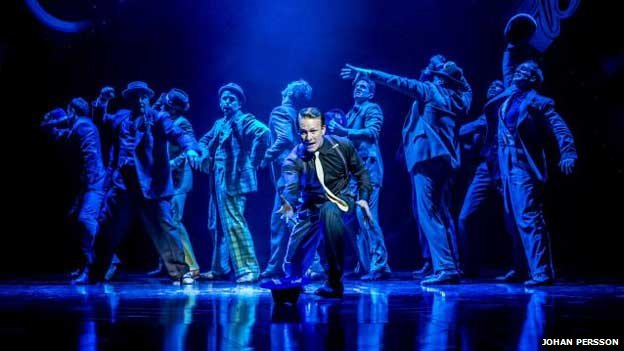 The best director prize went jointly to Duncan Macmillan and Robert Icke for their acclaimed adaptation of George Orwell’s novel 1984.

The award for most welcoming theatre, decided by a public vote, went to Wales Millennium Centre in Cardiff.

Anita Dobson, Tamzin Outhwaite and Brian Conley were among the presenters at Sunday’s award ceremony.

Sir Donald Sinden, who died last month at the age of 90, made one of his early West End appearances in The Heiress.

The production was directed by Sir John Gielgud, after whom the Gielgud Award is named.

Harrison Ford: 'I'm the schmuck that landed on...

Big Brother to launch in China