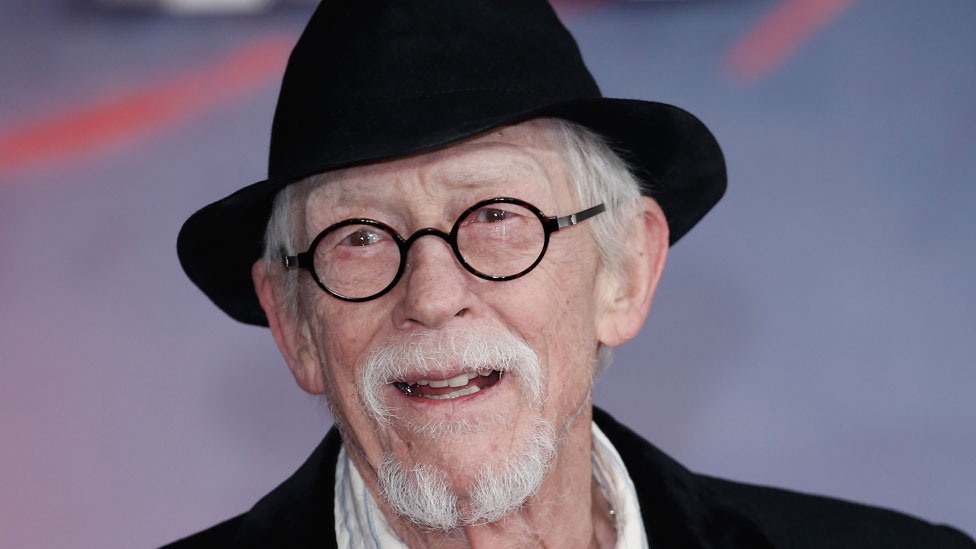 Sir John Hurt has pulled out of Sir Kenneth Branagh’s production of The Entertainer, on advice of his doctors.

The 76-year-old had been due to play Billy Rice, the father of Sir Kenneth’s character Archie, in John Osborne’s play about a music hall performer.

Sir John said he had been hospitalised recently with an intestinal complaint and had been told it was “too soon… to undertake [an] arduous stage role”.

“It is therefore with great sadness and disappointment that I must withdraw.”

The actor went on to wish director Rob Ashford “and the entire company [his] very best wishes for a happy and successful production.”

The Entertainer is the last play in Sir Kenneth’s year-long residency at London’s Garrick Theatre, on 20 August.

A spokesperson for the company said Sir John’s replacement ” would be “announced in due course”.

In a statement, the actor said he was following doctors’ advice despite being “much improved and on the road to a full recovery” following his recent hospitalisation.

The Bafta-winning star, known for his roles in Alien, The Elephant Man and The Naked Civil Servant, was diagnosed last year with pancreatic cancer.